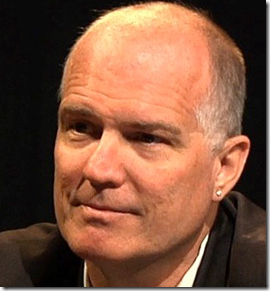 David Cobb was born in San Leon, Texas. After working as a crewman on a Gulf Coast shrimp boat, a construction worker and a waiter, David Cobb graduated from the University of Houston Law School in 1993. After several years in private practice as a Houston, Texas attorney, he became engaged in politics. During the 1980s, he campaigned for the Democratic presidential candidacies of Jesse Jackson and Jerry Brown. Those experiences left him disenchanted with and disaffected from the Democratic Party. Consequently, he turned his activism to broad issues of democracy and corporations, joining with citizens’ groups in lectures, seminars, and workshops throughout the U.S. He sought to promote his view that corporations became unelected governing institutions, which should be overthrown by means of a nonviolent democratic revolution.

In 2002, David Cobb ran for Texas Attorney General on the Green ticket and used his candidacy to “barnstorm” Texas localities with little Green representation. His election bid was unsuccessful, winning just 0.92% of the vote. The Green Party of Texas lost its ballot access, which remained out of reach until 2010. The next year, a Green committee tagged him as a possible presidential candidate, which challenge he accepted. [Wikipedia]