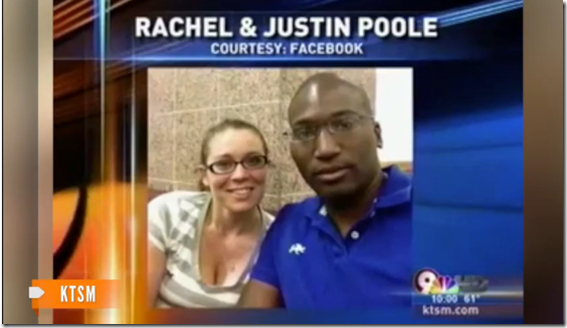 A soldier in Iraq likely had the cruelest event occur to him as he served his country in Iraq. His pregnant wife was stabbed repeatedly as they video chatted via FaceTime.

Bernard Moss. As Rachel Poole, 31, was chatting with her husband Justin Pele Poole, she was accosted by Corey Moss had been inside the home when Rachel arrived. He broke in through the back door.

The attack began when Rachel Poole walked into the kitchen and started her video chat with her husband. Moss stabbed her multiple times. As she was attacked she shouted out the name of her attacker.

After the attack Rachel was able to call 911. She was transported to University Medical Center in El Paso. She was last reported in critical condition. She was stabbed in her body and face and suffered many fractures.

Moss told them the victim owed him money for vehicle repairs. Moss was charged with criminal attempted capital murder and booked into the El Paso County Detention Facility. His bond was set at $60,000.

Two days after the stabbing, Rachel Poole delivered a healthy baby girl. Her husband, Justin Poole placed photos of his recovering wife as well as pictures of his newborn daughter on Facebook. According to HuffPost he wrote the following on one of the pictures. "My wife fought back so that her daughter could live. But she cannot see out of her eye still at all. And can't see or hold her baby until she recovers."

Following is the story as reported by KFOX14.

Friends of the Poole family have set up The Poole Family Recover Fund here. Their goal was $5,000. As of this writing it stands at $14,175. Americans are opening their hearts and their wallets to a soldier who has put his life on the line. Sadly, it is his wife that was injured at home.