Toronto  Mayor Rob Ford finally came out and admitted he smoked crack cocaine after leaving the question open for several months. As late as yesterday he was still being very evasive as to whether he actually smoked cocaine. Two days ago he apologized for getting ‘hammered’, drunk. 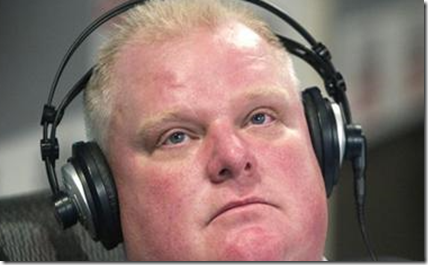 (Reuters) – Toronto Mayor Rob Ford admitted on Tuesday that he has smoked crack cocaine, probably “in one of my drunken stupors,” but insisted he’s not an addict.

Facing a raucous group of reporters, Ford said he smoked crack, perhaps about a year ago. The admission came days after Toronto’s police chief confirmed that police have recovered a copy of a video that two media organizations have said shows the mayor smoking the drug.

“Yes I have smoked crack cocaine,” he said in his first admission of drug use after six months of evading the question. “But, no, do I? Am I an addict? No. Have I have tried it? Probably in one of my drunken stupors, probably approximately about a year ago,” he said.