Ezra Klein, what are you smoking? 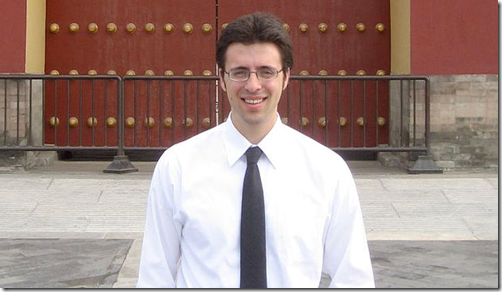 Self-fulfilling prophecies are real. Yesterday was a great day for Democrats. Even the Republicans of consequence that won, had to move left. They did so of course mostly in style. But they did so. The average American citizen is still rather uninformed. To be sure, check out the Salon article “You will be shocked at how ignorant Americans are.” Is there any difference between Cuccinelli and Christie? No!

The Republicans immediately started the narrative that an inept traditional media would adopt. Even though Cuccinelli lost, somehow he won by not losing as bad as the polls indicated. Somehow it is a referendum on Obamacare and the President. Neither is true.

This is silly talk. This is an off Presidential year election and there was no reason to have believed the night would be great for Democrats a few weeks ago.

Ezra Klein wrote a piece that makes one wonder if he spent the night with Toronto Mayor Rob Ford.

Today's narrative is all good for the Democrats: The tea party lost in Virginia. The Republican who hugged President Obama won a landslide in New Jersey. And a liberal won in New York City.

But the exit polls out of Virginia give Republicans some reason to cheer heading into the 2014 midterms. Though Virginia's GOP chose a candidate who turned off moderate Republicans and motivated Democrats, and though the Democrats had vastly more money, the exit polls still showed the kind of demographic drift that could help Republicans make gains next year.

His piece was a hack job and completely disingenuous. This is immediately evident when he makes his narrative a comparison of this 2013 election to the 2012 election instead of 2009. It is a different narrative then.

It is fact that in these off year elections the white and older turnout is over represented. Last night they  were not as overrepresented. It is also true that Virginia rarely elects a governor of the same party of the sitting president. It is also fact that McAuliffe was a flawed candidate who still won.

The Carville-Greenberg Memo picked up on Ezra Klein’s crap rather quickly however gently.

More important than the vote share among seniors was the vote choice among seniors last night. At Democracy Corps, we have been closely examining voting trends among seniors in our polls and noting that they are increasingly supporting Democrats.  But this is not a poll.  This is an actual election that confirms what we have been seeing in our data: Something is, in fact, happening among seniors.

In 2009, seniors voted for Republican Bob McDonnell by a 20-point margin, 40 percent to 60 percent. Four years later, Democrat Terry McAuliffe cut that margin by three quarters (down to just +6 for Ken Cuccinelli).

It is disconcerting how quickly the Traditional Media adopts Republican talking points. It is sad that wonks like Ezra Klein fall prey to them as well. Worse is when some Democrats accept the narrative. Ezra Klein made up a bit for the above crap with this “No, Obamacare didn’t decide the Virginia election”.

Democrats won big yesterday irrespective of what Ezra Klein says. Yesterday was a progressive victory. Americans overwhelmingly voted for candidates who give the impression that they will do something for middle class Americans. Democrats need to take this victory and move on progressively. That is what Americans want.