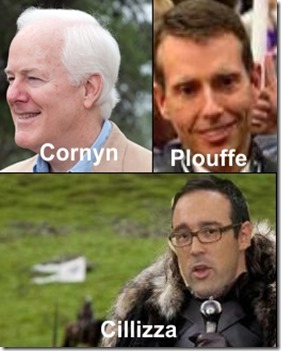 Republican Senator John Cornyn responded to the President Obama’s new success story, the Iran nuclear accords with the following tweet. As usual, he tries to conflate every Obama policy, statement, or accomplishment with the Affordable Care Act, Obamacare.

Amazing what WH will do to distract attention from O-care

The Iran 6 month deal is an accomplishment no matter Cornyn’s spin. David Plouffe, past Obama campaign manager fired back with the epic response. Cornyn’s Obamacare tunnel vision fails him.

No, a real distraction would be war. Like Iraq. RT@JohnCornyn: Amazing what WH will do to distract attention from O-care”

In the article Cillizza makes a few points worth noting.

Unfortunately these Republican shenanigans will continue for the foreseeable future.  It will inhibit governing because of the false ‘un-trust’ the Republicans have of this president. The Republican House must be voted out so governing can return.