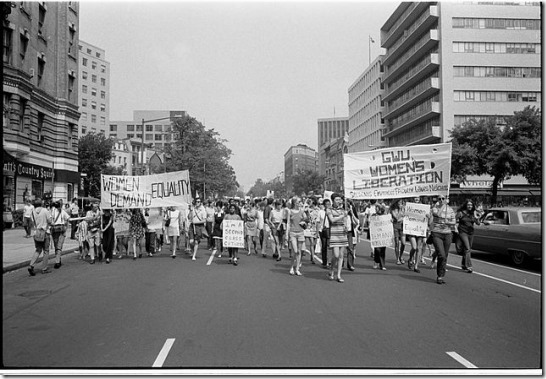 Thanksgiving gives one the opportunity to discuss and debate with friends and family about issues political and otherwise. A lot of discussion this Thanksgiving both at dinner and during the days leading up to it concentrated on women’s issues.

My wife has Lupus, a chronic autoimmune disease. This disease is characterized by flares. Whenever a Lupus sufferer is flaring bad things happen to the body. In previous flares, my wife has had renal problems, nervous system problems, lung problems, and other organ involvements. In one particular flare my wife started losing her hair. As one of the least life-threatening manifestations of the disease, one would think that it should not matter as much as other critical organ involvements. I was so wrong. Her loss of hair seemed to affect her more than the other life threating organ involvements that she had.

I just did not get it. In solidarity with her, I cut off all of my hair. I have been bald since. She was touched by that. My baldness however did not remove the sting of losing her hair even as she attempted to make me believe otherwise.

At our Thanksgiving gathering a few couples started discussing women issues. I brought up the hair incident. It turns out that one of the women there was a 10 year breast cancer survivor. Her husband did the same thing when she went through chemo and lost her hair. This breast cancer survivor knew she was going to lose her hair. She was upset that her choice was hair or death.

Is it a male dominated society that somehow looks at women’s hair as an ideal? Have men instilled this into women’s psyche? Neither my wife nor the breast cancer survivor could answer that question definitively. What they did know is they felt that they lost control.

Over the last several years Republicans have been chipping away at women’s rights. Women have fought for these rights for decades. Texas Governor Rick Perry vetoed a bill to equalize pay between women and men. Texas, Wisconsin, and many other states have circumvented women’s rights to an abortion by forcing trans-vaginal or abdominal ultrasounds in an attempt to coerce women. They have further eroded women’s rights by forcing impossible regulations on abortion clinics that are causing many to close. This will leave many disadvantage women with no recourse.

Republicans are aiding and abetting public companies that are attempting to restrict women’s abilities to get employer based insurance provided contraception. This is an economic and medical attack on the sovereignty and health of women’s own bodies.

Republicans complain that the Affordable Care Act (Obamacare) forces young men to pay for insurance that includes mammograms. That is an implicit support for charging women more than men for health insurance.

Republican controlled states like Texas and North Carolina have instituted voter ID laws that make it more difficult for women to vote. Because women driver’s license name changes tend to lag behind their married legal name on voter registration rolls, it affects them disproportionately.

Since the 2012 elections, Democrats have been leading in the generic poll for Congress. Over the last few weeks, there has been a 10 point swing towards Republicans. Republicans now lead 49/47. Many blame the abysmal launch of the healthcare.gov website for this reversal.

The reality is that women make up a larger portion of the voting electorate. The rights of women are under attack for financial, patriarchal, and ideological reasons. Will women really allow a failed website rollout to have them elect those that would re-impose restrictions they have fought for over many decades? Are women really ready to entrust their freedoms to those intent on relegating them back to male dominion?

My wife and the cancer survivor did not have a real choice in losing something dear to them. All women that vote however have the right and ability to vote their economic interests, their bodily control interests, and their equal access interests. Will women follow the path of many oppressed groups and either vote against their interests or not participate in the election process at all? Or will women revolt in 2014 to rid Washington of all those opposing their interests? The results of the 2014 election will affect women’s rights for decades to come.