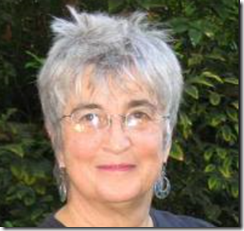 Nancy Price is a member of Move To Amend’s National Leadership Team. She is also Co-chair of the Alliance for Democracy and writes for and edits for the Alliance’s Justice Rising magazine. She is also on the Leadership Team of the Women’s International League for Peace and Freedom’s new Earth Democracy Issue Group and writes for WILPF’s Peace & Freedom magazine. She helped organize the Flush the Trans-Pacific Partnership rally in Madison, WI during the Democracy Convention in early August. It was the first national TPP rally. 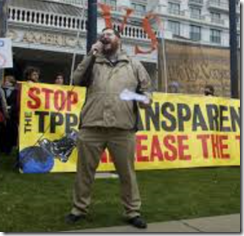 Arthur Stamoulis is executive director of Citizens Trade Campaign, a national coalition of labor, environmental, family farm, consumer and human rights organizations leading the fight against the TPP in the United States. They were the first to publish leaked texts of the TPP; they’ve organized protests at each of the TPP negotiating rounds in the United States; and they have been coordinating efforts to derail Fast Track authority for the TPP. 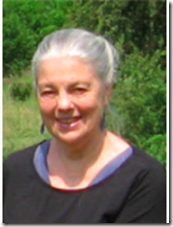 Ruth Caplan is the National Coordinator for the Alliance for Democracy’s Defending Water for Life Campaign and Co-chair of the DC Public Banking Center, advocating for a public bank in DC. She coordinated the interdisciplinary Economics Working Group in the 1990’s which produced a General Agreement on a New Economy, GANE, not GATT, a community centered system for full employment and local sustainability based on identifying local needs. She went on to campaign against the WTO General Agreement on Trade in Services (GAT) and was awarded Sierra Club’s 2004 Special Service Award for her work on corporate accountability, international trade, water privatization, and energy policy. During the Democracy Convention last August, Ruth launched the TPP-Free campaign and challenged the people there to make Madison the first TPP-Free Zone.