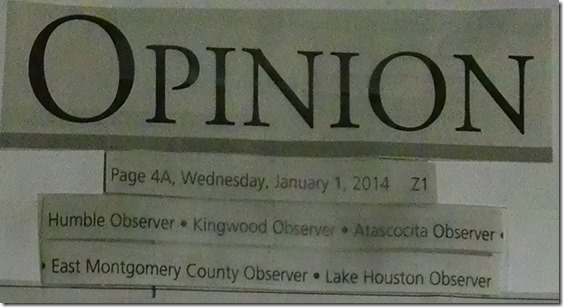 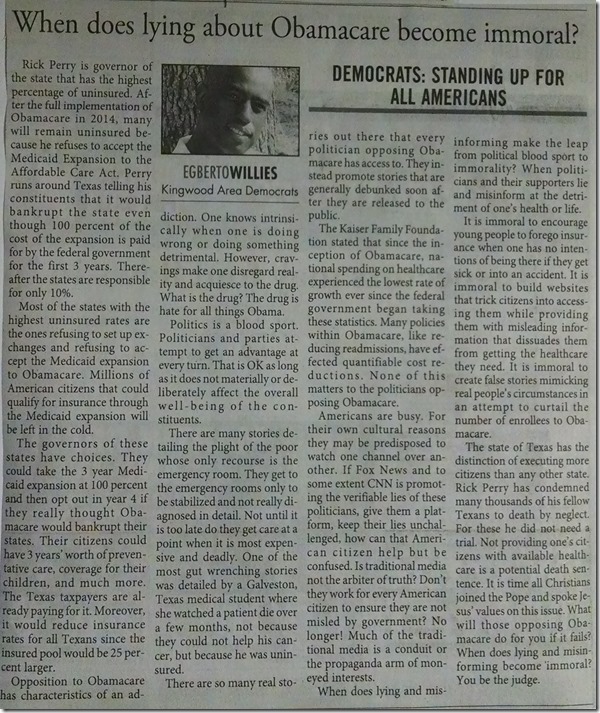 When does lying about Obamacare become immoral?

Rick Perry is governor of the state that has the highest percentage of uninsured. After the full implementation of Obamacare in 2014, many will remain uninsured because he refuses to accept the Medicaid Expansion to the Affordable Care Act. Perry runs around Texas telling his constituents that it would bankrupt the state even though 100% of the cost of the expansion is paid for by the federal government for the first 3 years. Thereafter the states are responsible for only 10%.

The governors of these states have choices. They could take the 3 year Medicaid expansion at 100% and then opt out in year 4 if they really thought Obamacare would bankrupt their states. Their citizens could have 3 years’ worth of preventative care, coverage for their children, and much more. The Texas taxpayers are already paying for it. Moreover, it would reduce insurance rates for all Texans since the insured pool would be 25% larger.

Opposition to Obamacare has characteristics of an addiction. One knows intrinsically when one is doing wrong or doing something detrimental. However, the cravings make one disregard reality and acquiesce to the drug. What is the drug? The drug is hate for all things Obama.

Politics is a blood sport. Politicians and parties attempt to get an advantage at every turn. That is OK as long as it does not materially or deliberately affect the overall well-being of the constituent.

There are many stories detailing the plight of the poor whose only recourse is the emergency room. They get to the emergency rooms only to be stabilized and not really diagnosed in detail. Not until it is too late do they get care at a point when it is most expensive and deadly. One of the most gut wrenching stories was detailed by a Galveston, Texas medical student where she watched a patient die over a few months, not because they could not help his cancer, but because he was uninsured.