I received a call from Michael Alexander just before the Christmas Holidays. He told me he follows our economic justice and human justice movement.

Michael Alexander told me a story I found hard to believe. Could this really be 2014? He sent me a copy of the law suit. Based on the filed suit, Mr. Michael Alexander suffered severe racial verbal attacks as well as other racial incidences on his job. He said he eventually settled. Mr. Alexander says, there is now an attempt to force him out of his job. He said he has gone through several channels including right up to Governor Chris Christie.

I explained to Mr. Alexander that I do not have the resources to either validate his claims or to further engage. I offered him this space to tell his story with the expectation that a New Jersey journalist would investigate what Mr. Alexander told me is systemic workplace racism in certain areas of the New Jersey state government. Is Mr. Alexander’s story unique? Or is Mr. Michael Alexander the sacrificial lamb to ensure no one else comes forward. 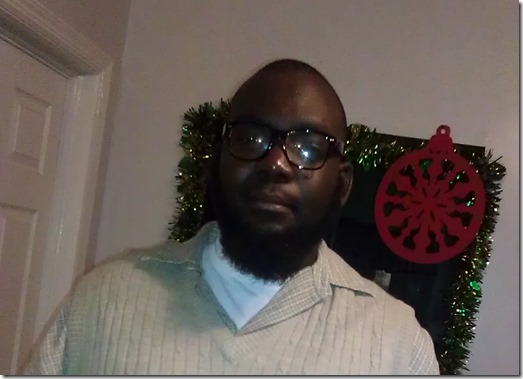 My name is Michael Alexander. I have been employed with the state of New Jersey as an Operating Engineer HVAC at the NJ Department of Transportation in Ewing Township, NJ since 2005. As an African American male and employee of the State of NJ, I have been subjected to a series of racial incidents that would mirror incidents that would have you believe that it was the 1960’s instead of 2013. The incidents were demeaning to me and my story needs to be heard.

For the past eight years, I have been a dedicated employee for the State of NJ. I reported to work every day, on time, prepared to do my job. Needless to say, five, sometimes six days a week, I was made to feel inferior to my Caucasian coworkers. I was mocked for the manner in which I spoke, the texture of hair, but most importantly, for the color of my skin. I have been called a “nigger, monkey and gorilla”. I have even had notes physically placed on my locker that read “nigger.”

I repeatedly reported these incidents to my Human Resources Department as well as to the Civil Rights Unit. I was informed that my reports would remain confidential. I was surprised to learn that these incidents were actually reported to my supervisor as well as to my other coworkers. These were the same people, who were violating my civil liberties, yet they were informed and no disciplinary action was taken against them. I, however, have been labeled as troublemaker and a whistleblower.

In 2010 I filed a racial discrimination lawsuit against the State of New Jersey with the EEOC. My numerous complaints were finally heard. The amount of evidence that I acquired to prove my racial discrimination case was insurmountable. Instead of trying my case, the state agreed to settle my case out of court. I had repeatedly told my lawyer, along with the defense attorney, that I wanted to be moved to another worksite. The state (defense) attorney offered me an undisclosed amount of money, in which I accepted, under the perception that I’d be moved to another worksite.

I later found out the state wanted me to resign from my job, retaliating against me for filing a discrimination complaint. The problem here is that I’ve done nothing wrong. Why should I be forced to resign from employment? How long was I supposed to accept being called “a Nigger”, along with other racial slurs .

I have written several correspondences to Governor Chris Christie asking for his help in resolving my issues. To date, he has not responded. It appears as if this matter has fallen on deaf ears. No one seems to want to acknowledge that these problems exist. No one wants to admit that these issues are real. This is a real problem. There is definite proof that racial discrimination has occurred at my workplace. It needs to be addressed. When will the State of New Jersey be held accountable for these unfair practices? When will our voices be heard?

I am currently out of work on stress leave. I am unsure as to what the final outcome of my case will be. I want to keep my job; I need to keep my job! I did not agree to resign in exchange for the money; I am being pressured to resign. I did not do anything wrong yet the state wants me out.