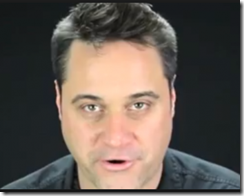 Dennis is a writer, filmmaker, performer and activist.

Since 2007, he has been writing and producing snarky editorial commentary and presenting them as short form video-  (he formally published under the alais “Davis Fleetwood”  you can see archived episodes here).   As an embedded youtube personality/ media advisor on the staff of Dennis Kucinich’s 2008 Presidential campaign, he holds the distinction as the first video blogger to be employed by a Presidential candidate.

So there is that.

A book of essays on the 2008 Presidential Campaign season- Droppin Knowledge Like a Clumsy Librarian (written as Davis Fleetwood) is available here.

Retiring “Davis Fleetwood”, Dennis continues to write and produce short form video content. In addition to Acronym TV, he was writer and creator for both Snarkipedia (watch archived episodes here) and Heidi Horoscope  (watch archived shows here) and . Since 2007, he is responsible for creating nearly 1,000 short form videos that have combined to garner over 35 million views on youtube alone.

His documentary on the Occupy Movement, American Autumn: an occudoc, premiered in June, 2012 to critical acclaim.

With a background in professional theater as an actor, playwright and director, Dennis has a variety of stage credits in NYC, Boston and San Francisco and was the founding Co- Artistic Director of the award winning NYC based theatre company rude mechanicals. He has taught Theater at the college high school levels.

A New Yorker by birth and disposition, he currently lives with wife and two children in Groton, MA.