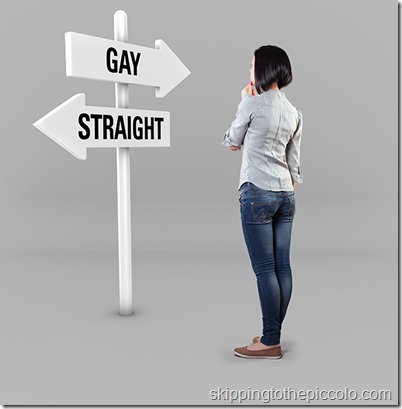 The Duck Dynasty saga made this topic ever so important. The visceral hate that is still implicitly sanctioned by certain sections of the traditional media and commerce continues. After-all, many stores are over flowing with new Duck Dynasty products.

David W. Shelton wrote two great blog posts. The first is “What the Duck? Why the Right Wing has Totally Quacked.” The second is “The Folly of the Right Wing Rage Machine.” These posts sadly brought into context that much is left to be done to educate and enlighten a diminishing part of the population.

Yesterday David W. Shelton, a writer, an activist, business owner, speaker, and publisher who happens to be gay was featured on my radio show Politics Done Right. You can listen to the show here. It was very entertaining and informative.

David W. Shelton subsequently posted an article on his blog that he wrote after the show. In the new post he referenced a part of the discussion where I expressed my past homophobia and the instance of change. He wrote,

I will reiterate what I said a few months ago. Our rights should never be debated over whether or not sexual orientation is a choice. After all, religion is very much a choice, and it’s protected by the first amendment. I could also argue that the freedom of association would protect our rights in relationships. Thanks to the 14th amendment, we have as much a right to be gay as we have a right to be Zoroastrian. Or not.

That’s not good enough, though. We can’t only win this argument from an intellectual perspective. We have to attack this myth from a moral perspective as well. When I spoke with Egberto Willies, one of the leading voices of the Coffee Party, he explained that his transition from homophobe to a full LGBT rights supporter was instantaneous. For him, it was a conscious revelation of the reality that no one would willingly choose to be reviled, ridiculed, beaten, or even murdered. Therefore, who would willingly choose to be gay?

That point, while very true, doesn’t go deep enough. From an intellectual perspective, it makes perfect sense. But as most of us realize, this is not an intellectual issue. It is, at its very heart, a very visceral and emotional one that has to be dealt with at its core.

When reading that it was necessary took take a step back. Is  it not true that one needed to come to the intellectual realization that gayness was not a choice? If that is true then one should never allow prejudice on gayness. It becomes obvious that marriage equality is a must. It becomes obvious that all social and governmental benefits afforded heterosexual couples should be afforded to gay couples. That is the only intellectually honest option.

Why then did David W. Shelton believe that intellectual realization was not good enough? A listener to the show that was in the chat room provided a message that should be heeded. He said it should not matter whether being gay was a choice or not. David W. Shelton reiterates that.

First, we have to separate sexual activity from sexual orientation. Sexual activity, which in every case of consenting adults, is very much of a choice. We usually make a direct choice whether or not to enter into a sexual relationship with another human being. …

Frankly, we may not know what root cause there is for sexual orientation for a long time, if ever. I don’t know if we’re born that way, or of it’s a part of puberty. None of that matters. What does matter is that we do not choose the people to whom we are sexually attracted

For David W. Shelton his sexuality was not a choice. He was never attracted to women. He thought he was weird but did not see that weirdness as himself being gay. Not till he was an adult did he accept who he was.

This discussion opens a new door however. Because society has codified couples as a family unit that is afforded special benefits, does it even matter if a couple is gay? Should not any couple same sex or otherwise irrespective of sexual orientation be able to create that sanctioned unit?