Received this today and simply had to post. Texas College Democrats, keep up the good work. 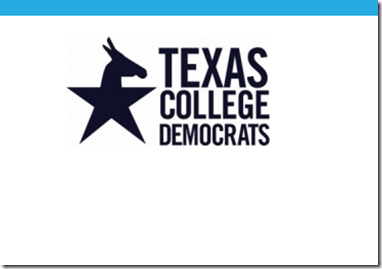 Just last week Texans showed they were ready for new leadership as tens of thousands rallied around Wendy Davis and showed the power of our growing grassroots network. However, as Texans began to unite around Wendy Davis and her vision for a better Texas, Greg Abbott and his allies began using malicious and cowardly attacks motivated by fear. Not only are the attacks by Greg Abbott not true, they are offensive to the thousands of those, like Wendy, who showed incredible determination in the face of great odds.

Just today Senator Davis came out with this statement:

“We’re not surprised by Greg Abbott’s campaign attacks on the personal story of my life as a single mother who worked hard to get ahead. But they won’t work, because my story is the story of millions of Texas women who know the strength it takes when you’re young, alone and a mother.

I’ve always been open about my life not because my story is unique, but because it isn’t.

The truth is that at age 19, I was a teenage mother living alone with my daughter in a trailer and struggling to keep us afloat on my way to a divorce. And I knew then that I was going to have to work my way up and out of that life if I was going to give my daughter a better life and a better future and that’s what I’ve done. I am proud of where I came from and I am proud of what I’ve been able to achieve through hard work and perseverance. And I guarantee you that anyone who tries to say otherwise hasn’t walked a day in my shoes”

It is no surprise Greg Abbott is scared about the incredible strength of our movement. He knows that last weeks incredible fundraising numbers are not the end, the Abbott campaign knows that something special is happening in Texas and are resorting to fear while Texans begin to rally around Wendy Davis in 2014. Though the attacks from the Austin establishment will only become harsher, we know the people behind this movement will be the ones to counter these petty fear mongering efforts. Join with Texas College Democrats and signup to volunteer for #TeamWendy. Only our voices can drown out Greg Abbott’s special interests in Austin.