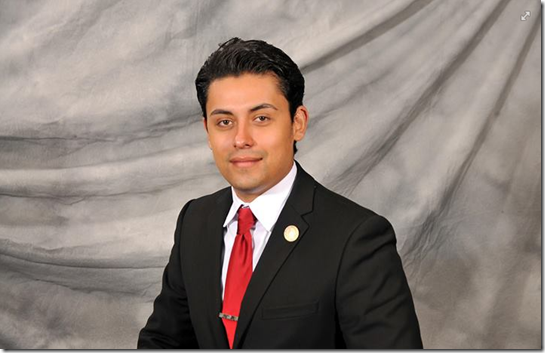 Ivan Sanchez is a young leader in Houston doing his homework. Houston has a severe problem. Latino voters are severely under-represented at the polls, in elective office, and in good paying jobs. This is not a problem restricted to Houston. It is a statewide and nationwide problem. As such Latino values are rarely reflected in local, state, and national policies.

Ivan Sanchez’s aim is to change that. He knows that in order to solve a problem one must first identify the problem and its genesis. He does a very good job of identifying the problem. More importantly he identifies pieces of the recipe to solve the problem. Now we must all bake the cake. Please read, comment, register to vote, get active, vote, and share.

In Houston, Hispanics make up about 44% of the population, but we comprise only about 8% of the business and political leadership combined. Most people would assume that voter participation would increase over time, however that has not been the case with Hispanics over time. Less than a decade ago, we had 5 Hispanic City elected officials, Today we only have two. So why it is that Houston is the most diverse city in the world except when it comes to voting? 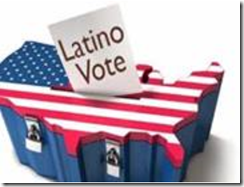 Like most 1st generation Hispanics, my family and I immigrated to the United States for a better life. I am a recent Political Science Graduate that humbly wants to share what I have learned as a 26 year old political activist. This is an attempt to inform and educate Hispanics and other members of our society about the obstructions Hispanics have in the path to political participation. Though this article is not concentrated on a solution, like when breaking a bad habit, we must 1st acknowledge the problem and analyze the cause.

All Numbers but no walk:

Today, Hispanics are almost half of Houston’s population. It’s calculated that by 2018, Hispanics in Houston will be 60% or more of the population. However, my friend and colleague Mario Salinas, explains that “Numbers mean nothing without the capacity to translate those numbers into meaningful action”. Yes, we are so many, yet, we are so politically immobilized. For a City the Nation portrays itself in 15 years, the future is at stake.

Political Science predicts voting probability by calculating a person or group’s Social Economic Status, also known as SES. Though Hispanic SES is a major factor on why we don’t vote, it can additionally be generation differences, how we spend our free time, fear, and the different countries that we come from. So let’s break down SES.

The Hispanic ethnicity in general is the youngest group in the United states. Our age median numbers are incredibly young at a national median compared to other Ethnicities. According to the 2010 census, the median age of Hispanics is 27 years old – An age where immediate compensation is an instinct, and the future seems far away. An age where the trendy thing to do is work for immediate gratification instead of the long term educational future. With that statistic, we must make education easier to access, not harder – making it interesting would serve as icing on the cake.

According to the 2010 Census, only 16% of Hispanics that graduate high school decide to attend college. Out of these few that attend college, only 51% of Latinos that start college complete their bachelor’s degree. Hence, in Houston, Hispanics have an educated work force of roughly 8%. With no education, this leads our community to have a big blue collar work force, and the lower the available skills, consequently, the lower the income.

In the US, approximately 10 million out of 58 million Hispanics do not have full “legal” permission to contribute to the community we vouched and risked our live to come to. That’s approximately 20% of our Hispanic brothers and sisters that are undocumented Americans, living in the shadows and are exploited with extremely low wages, or worse, wage theft. Though education is the major barrier to income, an additional obstruction to income exists by language barriers. Documented Americans know how hard it can be to find a Job at times, but the reality of obtaining a good paying job while not knowing  prefect English and/or the lack of a degree is slim to none in this century.

As Hispanics tend to have lower incomes due to our limited education, we compensate the loss of low income by having two jobs and by working long shifts on the weekends. Naturally, Hispanic families are very family oriented, and as good of intentions we mean to each other, families further compensate the loss of income by utilizing the younger generations in order to make ends meet. As a new century-academic graduate, I witnessed hundreds of Hispanic friends that didn’t graduate high school and college because they decided to support their parents, siblings and households. With millions of Hispanic families ending their opportunity to an educational career, the consequence to our political participation is catastrophic.

The majority of Hispanics come from different Countries with corrupt and ruthless governmental systems. This fear is so credible and embedded in our psyche that it affects our SES to the core. Even when we finally end up in the high portion of the SES scale (older, high income and educated), we tend to break off the “proven” SES guidelines as they misunderstand this new government and try to avoid it at all cost. This drives our few “powerful” educated Hispanic workforce to not pay attention to the new democracy they are living in.

In 2014, we Hispanics: Mexicans, Colombians, Cubans, Ecuadoreans, Argentineans, Bolivians, Salvadorians, Peruvians, and every other Latino Country – make up the 44% of Houston’s population. However, the countries we come from divide our united voice as each Latino from each country separates themselves into multiple segregated groups , therefore forming smaller separate percentages. Our cultures, soccer fanaticism, pride and other variables are separating and diminishing our united voice in the United States.Hispanics need to realize that no matter where we come from, here in the US, we all pledge to one flag. There is nothing wrong with preserving the culture, but we need to understand that we as individuals are nothing without each other. And as Houston is a melting pot of all ethnicities, I only hope all Hispanics melt together as well. My family already did.

When rarely involved, Hispanics usually vote for candidates that carry Hispanic sounding names. Texas now has their 1st “Hispanic” US Senator. That Senator, like most Hispanics, also came to the US for a better life. Ironically, that Senator wants to deport Hispanics and does not even support a fair Immigration Reform that has path to Citizenship. As Hispanics are generally politically inactive, they see and hear these high powered elected officials do this to their families and neighbors, only furthering the mistrust of government and demoralizing our potential.

I often hear “Win the Latino vote, win the political landscape. All we have to do is get Latinos to vote!”…

Well Geez! If it were that easy, you would think it be done by now, no? However, before the system tries to win our vote, they must win our hearts and minds. Information translates to empowerment, and when the system empowers us, they might just earn our vote. However, the ball is in our court as we cannot wait for the system to help us. The answer to political participation is inside the mind of all who cannot afford education. We need to educate and organize ourselves to ensure the blossoming economic future of Houston and this Country by uniting within ourselves and our allies. We need to get out of our comfort zone, and become constant active participants on the field. Though this is an informative article and not a solution concentrated piece – You can start by empowering others and sharing this article. Let’s laser sharp focus on engaging and educating the youth, their schools and our churches. Education is the only true equalizer of this century, and we need to massively advertise and educate that elections matter – their family’s life might depend on it one day.

From the depth of need and despair, people can work together, can organize themselves to solve their own problems and fill their own needs with dignity and strength. –Cesar Chavez

What if the cure for cancer was trapped inside the mind of someone who could not afford an education? – Unknown

Our lives begin to end the day we become silent about things that matter. – MLK