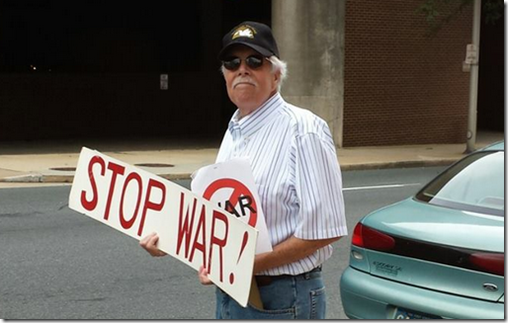 Some sentimentalists have been characterizing the Ukraine crisis as a popular revNot so fast.  This situation requires some careful analysis, not platitudes.  Hear that CNN and mainstream media?

I'm reading as much non-mainstream press as I can to wrap my head around this very complex situation and to try to understand our role therein.  I'm sharing some of the thinking of two journalists:  Pepe Escobar of Asian Times and Brendon O'neill of Spiked. 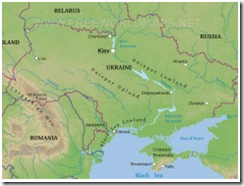 I think through them I'm better understanding what is really going on here. Escobar explains that some of the chess game going on here is the contract Russia has with Crimea, a semi-autonomous, self governing region tied to Ukraine.  That contract allows the Russian Black Sea fleet port services until 2042.  Guess where one of the destinations of that port is?  Syria.

NATO would love to get the Russian fleet outta there for Syria reasons as well as the balance of naval and supply power vis a vis Russia.  Escobar thinks the Obama administration has adopted the neo-con strategy regarding Ukraine, fearing their alliance drift toward Russia and away from Germany, France and the EU.

Escobar points out that the Budapest Agreement requires that U.S./Russia/Ukraine and Britain meet to resolve any issues troubling their relationship.  See any of that happening yet?  I don't think so.

He points out Ukraine has had a major financial crisis developing; for example, its currency has devalued by 20% in 2014.  Any signs of an EU bailout?  Nope.  EU is pretty broke with their own money problems.    Ukraine needs $30 billion to get it through 2014, according to Escobar;  Russia has so far pledged half that, $15 billion.  But, now, with the regime change, who knows if that will come through.

O'Neill observes that what has happened in recent weeks is regime change, not revolution.  He equates the impotence of the protest movement there to our Occupy movement, hardly a game changer. Old parties have formed an interim government through Parliament after Yanukovich's ouster.  Not new, revolutionary entities.

He also points out the pesky fact that Yanukovich was democratically elected in 2010 and as recently as 2012 his party received a major victory again with the Parliamentary elections.   He has evolved into an anti-democratic tyrant, no doubt.  But the regime change too is anti-democratic but vocally supported by the Obama and Merkel administrations.   In fact, both for months have verbally supported the opposition movement, comprised of a complex set of alliances which include groups Russia characterizes as Fascists and anti-semites.  Yes, and a healthy dose of radical Muslim groups as well.  Our diplomats visited the protestors, but apparently not Yanukovich to try to moderate him.   And our media, especially Fox and CNN pretty much in unison.   Complicated, isn't it?

In these recent events, we have rightly accused Putin of meddling.  But how would you characterize our comportment in trying to move Ukraine toward the EU?  And our right wing's call to renew the cold war?
Solutions?  Obama is rightly using the bully pulpit to try to back Putin down.  There are sanction options being explored, such as targeting Russian Kleptocrats who are directly fueling the Ukraine conflict to hit them in their wallets.  The G8 cancellation was a very good move along with cancellation of other trade meetings.  But direct talks, via the Budapest agreement are vitally needed.  Where is Kerry Going this week? Kiev, not Moscow.

The worst idea proposed by the crazies on the right?  Acceleration and renewal of missile defense sites, including with Poland?  That kind of confrontation is absurd.  We have many other both defense and offense options without that program.  We don't need McCain and his little buddy from S. Carolina  out in the media confusing the issue and undermining President Obama's diplomacy work to deescalate this tinder box.