Required to pay an opportunity premium 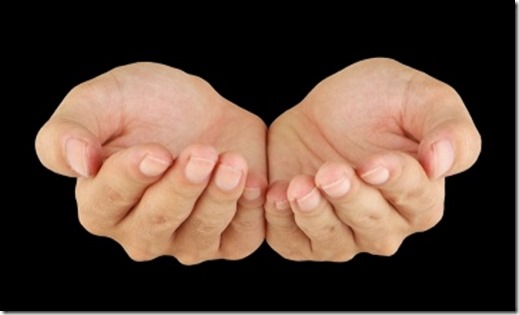 This week Paul Ryan said the following on the Bill Bennett’s “Morning in America” radio show.

We have got this tailspin of culture, in our inner cities in particular, of men not working and just generations of men not even thinking about working or learning the value and the culture of work. … There is a real culture problem here that has to be dealt with.

Everyone understands whom Paul Ryan was alluding to when he made his self-described inarticulate remarks. He was stereotyping black and brown men in general.

Paul Ryan and his ilk are not dumb. They know what they are doing. The problem they face is that the systemically disaffected in the country comprise the vast majority of people in the country. They must divide and conquer.

Republicans depend on a populace with a shallow thought process. Disaffected Americans are working so hard to stay afloat that shallow thinking is there only escape. I saw this first hand at a talk I gave at a junior college in town and speaking to many folks in my local Starbucks. It is not apathy. It is a feeling of not mattering.

This was seen in the winnable election between Alex Sink and David Jolly. If more Democrats had bothered to vote, Alex Sink would have won.

As the plutocracy continue to extract the wealth of the masses, delegating more and more of them to poverty, they must divert blame. Systemic poverty in the inner city is the fault of black and brown men not wanting to work. Women are making a fraction of what men make because of their choices of leaving the workforce to support families. The poor, whether they are in Appalachia, rural areas, or inner cities are poor because of the culture of waiting for uncle sugar.

These groups in the aggregate all pay or must pay a premium to enter, stay, or move up out of the middle class. One knows if one has a good financial planner based on the first advice given. What is that first advice? Start saving, start accumulating early. The compounding of one’s wealth in the aggregate ensures that in future years even if continued accumulation is stopped, wealth can still grow.

If the A train takes off 10 hours before the B train, and both are travelling at one hundred miles an hour, train A will never be caught. Many Blacks, Latinos, women, and the systemic poor got onto the access to opportunity bandwagon much later. In the process large groups were left behind. Absent external intentional policies they can never catch the A or B train. Most will never catch those sprung forward. They cannot pay the opportunity premium. Their new reality is a normal, their way of life. Their poverty is existential.

What is that opportunity premium? For the systemic poor it is the overcoming of the mental chain that prevents them from demanding access to success. It is the inability to assert their worth. It is what stops them from voting or skews their vote away from their own interests. It is the lack of resources to attempt to get the already limited access provided by the plutocracy. Jobs require mobility and education. Yet, transportation and education are unaffordable. One then remains in their poverty infested island.

For women the opportunity premium is more subtle. It is a culture that scorns a woman who has a “man’s ambition.” It is the unspoken forced responsibility that within the heterosexual family unit she is the mother and caretaker of the home. It is the disrespect of the plutocracy to promote her to the top in the aggregate. It is her choice, bodily or otherwise taken away. It is the overcoming of the chauvinist troglodyte.

For Blacks, Latinos, and other identifiable minorities the opportunity premium is all of the above with a dose of racism that fails to abate. It is many times invisible but felt. It is the digestion of the dog whistles similar and sometimes more graphic than Paul Ryan’s whistle.

The problem for Republicans is as they support the wealth extraction policies of the plutocracy, those not use to paying the opportunity premium are falling into poverty. Conquer and divide has been fairly successful. At some time a critical mass will occur. The dog whistle won’t work because the opportunity premium will be required of most, not just women, minorities and the systemic poor.