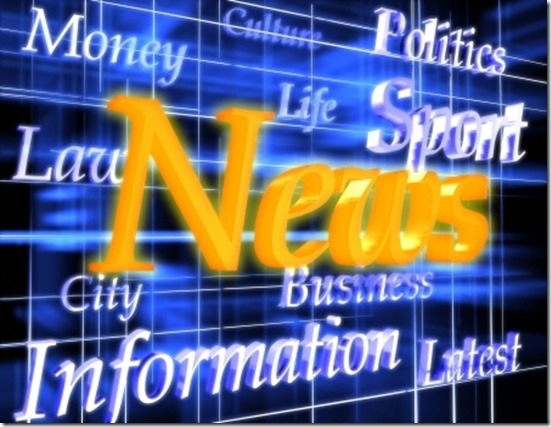 America has more traditional news media sources than ever in its history. Yet, Americans seem more uninformed than ever. This can only be blamed on the sources America deems trustworthy.

A classic example of the ineptitude of the Traditional news media is evident with the governor’s race in Texas. It is not only fascinating, it is substantive. Specifically, education, availability of water, and equal pay are major issues in the state. Informed Texans must vet the two candidates, state senator Wendy Davis and attorney general Greg Abbott, to determine which of them would best fulfill the needs of Texas.

Unfortunately, the news media shows up at their rallies in the attempt to find gotchas and seldom report the substantive portion of the events. Wendy Davis visited Houston, Texas to lay out how her education plan contrasted Greg Abbott’s plan. Questions of funding were asked and addressed. Greg Abbott’s use of an anti-woman white nationalist as an education advisor was addressed. Many of Houston’s major traditional news media were present. Yet, the news from the event for the most part went uncovered.

This is replicated throughout the entire country. The outcome is an uninformed populous and a corrupted politics. The outcome is dangerous. It opens the door for the support of detrimental local, national, and international policies.

In a world with north of seven billion people and 195 countries, why is it that the traditional news media tend to have the same stories and the same take on them? Why no stories on most countries the United States is actively engaged with until the preamble to some military conflict? Why is there such poor context on every issue or story?

The stories one hears about Ukraine are pathetically out of step with reality. The stories reported by the traditional news media about people negatively affected by the Affordable Care Act are generally debunked, sometimes within hours but usually within a few days. The problem is that by the time these stories have been debunked, millions have heard and believed them. Not everyone connect the original story with the debunked story or even hear about the debunked story.

Chuck Todd is appropriately one of the poster boys of a delegitimized traditional news media. In an interview with Thomas Mann and Norman Ornstein he worried that, “There are concerted campaigns by activists …. who actually are trying to delegitimize the press. That is their goal in order to make the activists the first place people go.” Yet, Chuck Todd abdicates his journalistic responsibility when in discussing misinformation about the Affordable Care Act he said the following. “What I always love is people say, “Well, it’s you folks’ fault in the media.” No, it’s the president of the United States’ fault for not selling it.”

If one is tasked or self-tasked to be the entity informing citizens, one has the responsibility to do it truthfully with all the nuances it entails. One cannot be the medium used by politicians and/or the corporatocracy to indoctrinate. That is what the traditional news media have become.

News of the future must be crowd sourced. No longer must Americans allow the few to be the arbiters of news or reality. They are. Bloggers have asserted their worth. It is time that America is made aware as well.