Anyone watching Republicans continue to waste tax dollars on the tragic Benghazi incident must wonder why this same diligence was not applied real substantive breaches of American trust. The traditional media continue to allow a false narrative giving it an undeserved plausibility.

Coffee Party USA member Michael Wilde has simply had it. He decided to remind us all that investigations that should have taken place with the Benghazi type of scrutiny did not. 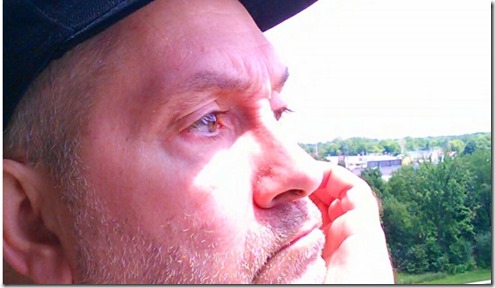 On October 3, 1983, a truck full of explosives hit the Marine Barracks at the airport in Beirut, Lebanon. The Marines were ordered there by then president Ronald Reagan. The result was 241 American service men killed: 220 Marines, 18 Sailors, and 3 Soldiers. Wounded: 128. Of those wounded, 13 would later die of their injuries and are counted among the dead. This was the biggest single day loss of Marines since Iwo Jima 1945.

The fact is these Marines should not have been in this position. The Marines were under strict orders not to load their weapons. This order came from President Reagan himself. The commander of the Marines in Beirut, Col. Timothy J. Geraghty stated, “It didn’t take a military expert to realize that our troops had been placed in an indefensible situation. Anyone following the situation in Lebanon in ordinary news reports could realize a tragedy was in the making” (phillyburbs.com).

Going into Beirut was controversial. The Reagan Administration openly supported Amin Gemayel and the Israeli invasion of Lebanon. The House of Representatives On September 28, 1983, voted 270-161 to invoke the War Power Act. John McCain was a Congressman at the time and an unabashed Reagan supporter. McCain was one of the 161 no votes.

Thomas Friedman, the New York Times Beirut correspondent at the time: “While the Marines were victims of their own innocence, they were even more the victims of the ignorance and arrogance of the weak, cynical, and in some cases venal Reagan administration officials who put them in such an impossible situation” (Tristam).

The end result was one Congressional investigation that blamed military commanders on the ground and up through the military chain of command. No subpoenas were issued for White House Staff. Yet President Ronald Reagan was repeatedly told that the Marines were in an indefensible situation.

National Security Advisor at the time, Robert McFarlane, advised Reagan to mount air strikes and bombardment from ships off shore. Reagan went ahead with the air strikes and bombardment against the strong opposition of Secretary of Defense, Casper Weinberger. Since they couldn’t reach the American ships, the only target available to the PLO for retaliation was the Marine barracks, not to mention the French who lost 89 soldiers in the attack.

Now contrast that with the Benghazi attack. House Republicans have held 13 investigations and have uncovered nothing. Yet they keep up the insinuations about Hilary Clinton who has already said that she takes full responsibility for the tragedy in Benghazi.

Congressional investigations come with a cost. The cost to the taxpayer is enormous. Quite simply, this is about POLITICS. Republican attempts to discredit a potential Democratic Presidential candidate for the 2016 elections – at taxpayers’ expense.

Since the Republicans don’t seem to care about how much taxpayer money they can waste on needless investigations; why not open a real investigation of the 1983 Beirut bombings? Officially condemn the actions of President Reagan and the buffoonery that took place after the bombings. This included the kidnapping of Americans including CIA station Chief, William Buckley who was tortured and eventually killed.

Reagan was a much better actor than president. To this day he has duped people into believing he is some type of hero. Somehow he received a pass on his heinous crimes and incompetence. He put everything on America’s credit card to make things look good. Reagan increased the national debt by +218% -- but nobody on the Right seems to talk about that. So will anybody hold Reagan accountable?

What do you think?

Michael Wilde is a proud Navy Veteran. After nearly 40 years as a contract software systems and network analyst, he is pursuing a degree in Political Science. He is a the proud parent of four outstanding children and a political independent/progressive since the 1960's.