It is conclusive. The discussion is over. Disregard the noise, misinformation, and lies from the Republicans. The stimulus worked. The Initiative on Global Markets at the University of Chicago, no hotbed of liberalism surveyed leading economists of every stripe. All but one said the stimulus worked. Here are the questions and results.

Question A: Because of the American Recovery and Reinvestment Act of 2009, the U.S. unemployment rate was lower at the end of 2010 than it would have been without the stimulus bill. (The experts panel previously voted on this question on February 15, 2012. Those earlier results can be found here.) 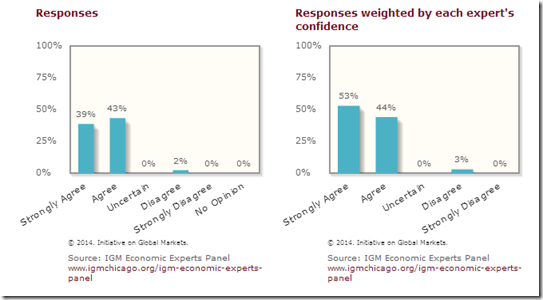 Question B: Taking into account all of the ARRA’s economic consequences — including the economic costs of raising taxes to pay for the spending, its effects on future spending, and any other likely future effects — the benefits of the stimulus will end up exceeding its costs. (The experts panel previously voted on this question on February 15, 2012. Those earlier results can be found here.) 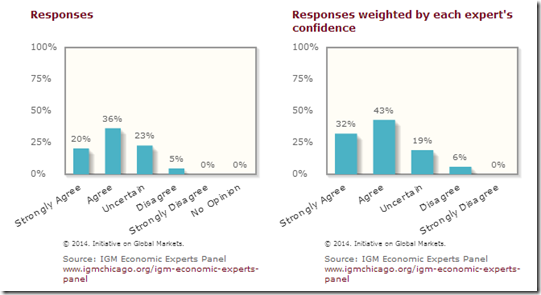 This survey was briefly mentioned on a few cable channels. The problem is that the traditional news media allow Republicans to getaway with lying to the American public inasmuch as there is generally concrete fact based data to call them out on. Yet in a quest for false balance and false equivalence, they allow the GOP to misinform Americans which in turn causes Americans to vote against their own interests.

There were never death panels in the Affordable Care Act (Obamacare). Obamacare was never a government takeover of healthcare as it was a Republican inspired plan dependent on private insurance. Where are the jobs?  The numbers are staring at us all. Obamacare is a job killer? Really, with all these jobs post Obamacare? Climate change is still up for debate? By whom? The Neanderthals? Who really wants government in every aspect of your life? The ones attempting to control your choice, your gender preference, and your choice of birth control. One could go on and on.

It is time to disregard Republicans and the traditional mainstream media until they have something to offer us all.