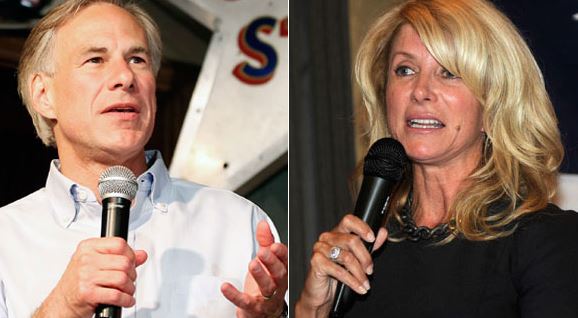 For too long local Democrats have been whispering concerns about Wendy Davis' real chances of winning the Texas governorship. Republicans and national leaders of both parties all but discounted her.

After-all, Greg Abbot was over 50% in most polls. Funny thing has happened. Greg Abbott has fallen under 50%. Most importantly, all the groundwork that Wendy Davis, Battleground Texas, and other local groups have been doing is probably not yet reflected in the polls because nobody is following these new voters.

With the Texas gubernatorial race continuing to heat up, a new poll shows Attorney General Greg Abbott losing some ground with voters in the Lone Star State.

According to a Rasmussen poll released Friday, a survey of likely voters shows that Abbott has 48 percent of the vote and Davis has garnered 40 percent. Compared to Rasmussen’s first look at the race in March, Abbott dropped five percentage points (was 53) and Davis dropped one percentage point (was 41). The result, Rasmussen now lists Texas as leaning Republican in the race as opposed to being a safe Republican bet.

Remember, likely voter calculations heavily  favors those who have voted before. New voters are not weighted as much. A likely voter number like this is great for those of us on the right side of history in Texas. It means there is nothing but upside for Wendy Davis.

Wendy Davis is in the hunt. The momentum is with her and as she gets bold and explains what she intends to do positively for Texas, she will be victorious.