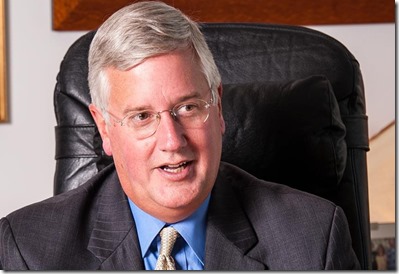 Here is where the importance of the Texas comptroller of public accounts most publicly manifests itself: The comptroller is responsible for issuing the revenue estimates that lawmakers use to write the state’s two-year budgets.

Thus, an accurate revenue forecast is paramount. Miss the mark, and education, transportation and public health and safety suffer.

With that responsibility in mind, we think Democrat Mike Collier is the comptroller candidate best qualified to produce estimates that more accurately tell lawmakers how much money they have available to write the state’s budgets, and to lead the agency in other key ways.

The deplorable revenue forecast issued ahead of the 2011 legislative session by the current comptroller, Republican Susan Combs, who’s retiring from politics, contributed to an unnecessary $5.4 billion cut to public education. Combs’ estimate — she was off by $11.3 billion, one of the worst misses in state history — motivated Collier to run.

Collier, 53, is the former chief financial officer of a Houston-based energy company and a former partner with PriceWaterhouseCoopers. He has no previous political experience, though steering complicated projects through the huge bureaucracy of an international accounting firm with 180,000 employees requires its own set of political skills. He is a graduate of Georgetown High School in Williamson County and received his undergraduate and master of business administration degrees from the University of Texas.

Though he faces the usual long odds of any Democrat running for statewide office in Texas, Collier is a dynamic candidate. Engaging, enthusiastic and clearly knowledgeable of the duties of the office he seeks, he is a natural communicator with a winning sense of humor. The Texas Democratic Party could use more candidates like him.

Collier sees the comptroller’s office as “an exciting management challenge” that fits best with his focus on performance, not on, say, social issues that he says freeze too many voters in place. One of his main ideas for reforming the agency is to issue quarterly revenue estimates. Such estimates, he says, will improve the comptroller’s accuracy and timeliness, remove political agendas and make a huge difference in how the Legislature does its job.

The comptroller may not be as well-known a state official as the governor, or even lieutenant governor, but the comptroller still has a bully pulpit of sorts, Collier says, and he plans to use it to persuade counties to improve their property tax appraisals. He also wants to establish an ongoing dialogue with taxpayers about the state’s fiscal health and properly funding public education. And he says he’d lobby lawmakers to revive the comptroller’s ability to conduct performance reviews — accountability audits of state agencies to identify possible savings and improve the state’s finances.

Collier’s Republican opponent is Glenn Hegar, 43, a member of the Texas House from 2003 to 2007 and a state senator since 2007. Hegar has served on the House Appropriations Committee and Senate Finance Committee and has relevant experience with revenue and spending legislation.

During the Republican primary campaign in the spring, Hegar promoted himself as the conservative’s conservative to best three rivals in the comptroller’s race, and we criticized him for dwelling too often on issues that have little to do with the comptroller’s duties. With the primary behind him, his own set of ideas for reforming the comptroller’s office have emerged more clearly. They range from a top-down review of the agency to improving customer service and boosting transparency.

But Hegar also seems to be coasting on the fact he’s Republican. Granted, in general elections in Texas for the past 20 years, Republican is all a statewide candidate has had to be, but it leads to complacency, and many of Hegar’s ideas have been warming on his party’s boilerplate for too long.

Also competing against Collier are Libertarian Ben Sanders and Deb Shafto, the Green Party candidate. Sanders has a master’s degree in computer science and a doctorate in business administration, and his career has included computer-related work for the Army and NASA.

A few electorally obsessive voters might recognize Shafto’s name from 2010, when she was the Green Party’s gubernatorial standard-bearer. She received 19,516 votes then — 0.39 percent of the total votes cast. There’s no reason to think she’ll do any better this time.

Hegar has his strengths, but we urge voters to support Collier. He’s the candidate most likely to re-energize the comptroller’s office and restore trust in its forecasts and competence.