Will the pattern stop? How many more innocent black men need to be gunned down by police before something is done?

South Carolina state trooper Sean Groubert followed Levar Jones into the parking lot of a convenience store. It is evident from the video that Levar Jones was simply routinely getting out of his SUV likely to go shopping.

According to The State,

An S.C. trooper who stopped a man for a seat belt violation outside Columbia and then shot him – apparently without provocation – was arrested Wednesday and charged with assault and battery of a high and aggravated nature.

Sean Groubert, 31, a lance corporal who was fired from the Highway Patrol after the shooting incident, now faces 20 years in prison if convicted of wrongfully shooting the driver, Levar Jones.

Groubert was booked Wednesday evening at the Alvin S. Glenn Detention Center. He was fired from the patrol last Friday.

While this officer was charged based on this video, it is not always the case that video is enough. After-all, John Crawford III was executed last month in a WalMart holding a BB gun. The Walmat surveillance video proves John Crawford III was never a threat yet he was shot dead by Beavercreek police. A grand jury refused to indict the officers.

This latest attack on an unarmed black man guilty simply of driving while black continues to reinforce the fact that the police is one of the biggest menaces to black men. Levar Jones survived. How many have not? How many had their lives changed forever for the encounter.

It is not in our heads. There are videos of many of these incidences now. Will America come to the defense of a portion of its citizenry that continues to be maligned and savagely attacked by police? 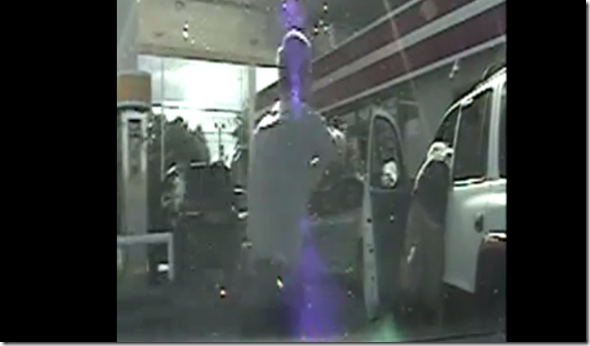