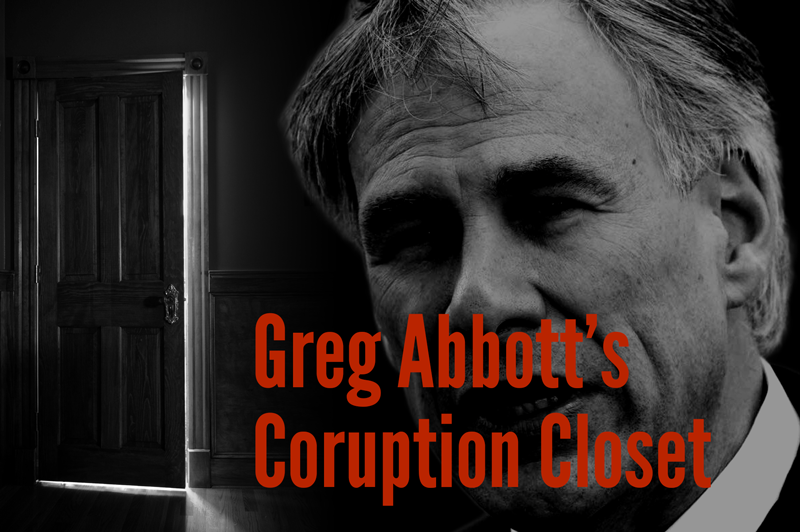 Greg Abbott’s office issued the key document that has allowed payday lenders to operate outside of Texas usury laws and exploit Texans across our state. A letter issued from the office of the Attorney General carefully lays out that payday lenders in Texas can take advantage of a loophole used by credit service organizations to avoid Texas laws preventing unscrupulous lending. It is essentially a “how-to guide” for payday lenders to expand and grow their predatory lending businesses.

Payday lenders had been nervous about expanding their operations in Texas, but Abbott’s letter gave them the go-ahead they needed. The respected financial industry publication American Banker reported how payday lender Ace reacted to the Abbott letter:

"The Irving, Tex., company originally saw too much legal risk in the CSO setup, in which payday specialists can collect as much as 20% in fees for arranging a short-term loan from a third-party lender. But this month Texas' attorney general, Greg Abbott, sent a letter to the state's Office of Consumer Credit Commissioner saying that CSOs are permissible. So on an earnings conference call last week Ace said it will begin brokering loans as a credit service organization sometime in the next two quarters." (American Banker, February 1, 2006)

Attorneys general in many states act aggressively to reign in abuse by predatory lenders like Cash America and ACE, but not Greg Abbott. In fact, Greg Abbott has been the payday lender industry’s facilitator and protector.

Abbott gave the green light, and pay day lenders hit the gas. Payday lender outlets have proliferated all across Texas during the Perry/Abbott era. In 2004, there were approximately 300 payday lenders in Texas. By 2011, there were over 3,000. Right now, there are more payday lending establishments in Texas than there are McDonald's and Whataburger locations combined.

So, don’t look for Greg Abbott to jump on the bandwagon to get rid of William J. White or impose any more restrictions on predatory lenders, unless of course the payday lenders themselves or other Austin insiders give him the green light.

Recent news reports have detailed that William J. White, the chairman of the Texas Finance Commission – the state agency intended to protect Texas consumers – attacked Texas consumers and defended predatory lenders over outrageous payday loans that result in borrowers being saddled with loan costs of sometimes more than 500 percent of the principal. White's bottom line is that any Texan gouged by an unscrupulous payday lender is on their own and should blame themselves for their predicament.

Who is William J. White?

White is not just the chairman of the Texas Finance Commission, he is also vice president of Cash America, one of the largest and most notorious predatory lenders in the country. Cash America has hundreds of payday lending storefronts all across Texas, many of them right outside military bases where military families, who are often under financial pressure, are exploited. Earlier this year, Cash America was fined for abusive lending, and exploitation of military personnel was cited specifically. During the last legislative session, Cash America and other payday lenders spent over $4 million dollars lobbying the GOP-controlled Texas legislature.

A key target for predatory lenders is active-duty military personnel. It is no coincidence that payday lender storefronts proliferate around active-duty military bases and other installations. Holly Petraeus, head of the Office of Servicemembers Affairs at the Consumer Financial Protection Bureau, recently said that payday lenders congregate outside bases "like bears on a trout stream." Current federal law is not sufficient to protect against predatory lenders, especially when state AGs like Abbott are predatory lender allies.