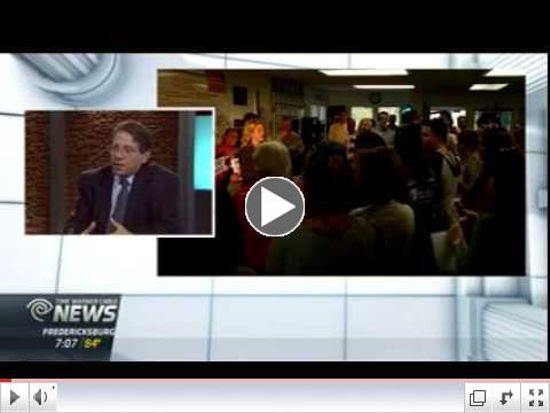 It is imperative that activists keep the pedal to the metal. The media created a narrative that Senator Wendy Davis could not win. The expectation of their corporate masters is that in creating a polling model that looks like 2010, Democrats would stay home.

The reality is quite different. Inasmuch as that is the case, they continue to tout the same old narrative. Their intent is to further voter suppression, this time voluntarily. They believe if they continue to state that Wendy Davis has no chance, then her voters will stay home. Do not fall into the trap. Encourage your friends, your family, and everyone you can find to vote for a positive Texas future. Vote for Wendy Davis today.

Amidst a flurry of bad poll numbers and buried under four times as many TV spots from the other side, the Davis Campaign is expressing some guarded optimism off of early vote numbers.

The conventional press has characterized the big drop off in people actually showing up at the polls in the first five days of early voting compared to the last mid-term election in 2010 as a good omen for Republicans.

Not so say the Democrats. Davis’ folks have a very different take on the numbers. In what has been a historically strong period for Republicans in early voting because of the truncated hours (8-5), the Davis team counters that 4% more African American voters have participated than in 2010 and 12% more Hispanic voters.

It is Republicans that have faded so far in this mid-term election the Davis people say. Historically, it is women, minorities and young people that vote in presidential years but then disappear two years later. Not so this time.

To bolster their argument, campaign spokesman Zac Petkanas told QR that by their analysis, 602,343 anglos had voted at this point in the anti-Obama tidal wave of 2010. In stark contrast, only 587,098 anglos had voted five days in to this election. In other words, white participation (from which Republicans derive most of their votes) had dropped by around 15,000 votes and minority participation increased by 16,000 votes.

Now this phenomenon may not carry through to election day and a 30,000 vote spread by itself is not sufficient to carry the Democrats to victory but given the growing significance of early voting in Texas, any shift in patterns is worth noting. The mere fact that Democrats had a mail/ballot program for the first time in years is noteworthy.

Although the Davis Campaign has not yet released its fundraising totals, Petkanas’ response to theAbbott Campaign announcing that it had only $13 million left in cash on hand was at the very least, entertaining.

Petkanas told QR, “Abbott would have spent $21 million in 21 days given his report. That’s not how someone acts if they’re 15-20 points ahead.”

Dallas Morning News: “Davis campaign spokesman Zac Petkanas points to overall numbers, compared with the race for governor four years ago between Republican Rick Perry and Democrat Bill White, that show Democrats are mailing in more ballots and minorities are voting in greater numbers. He said early numbers shows a 4 percent uptick in the number of black voters and a 12 percent growth in Hispanics over the same voting period in 2010. Both groups tend to heavily favor Democrats. “We’re starting off more diverse. We are incredibly encouraged,” Petkanas said. In-person voting is slightly down from four years ago, and Petkanas said “the stagnant numbers are Republicans not voting.”