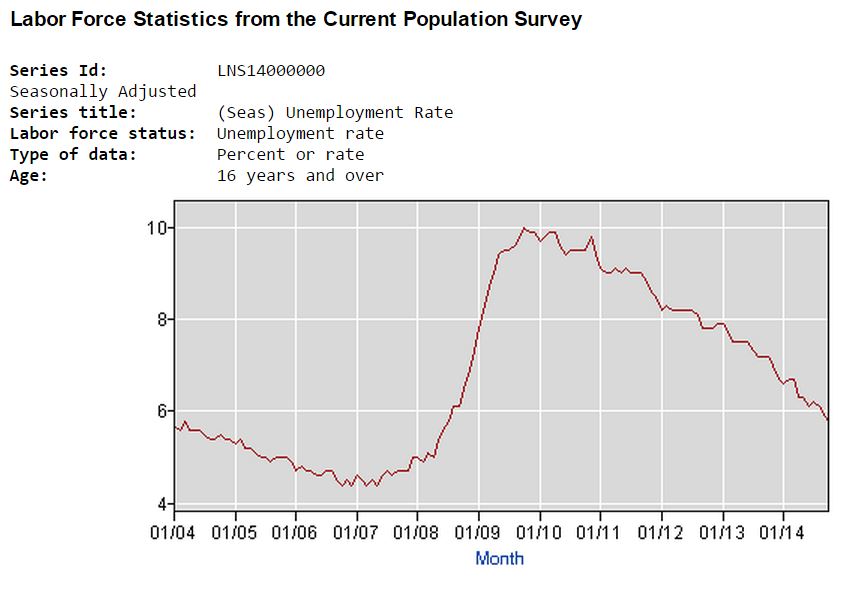 The economy continues to fire on most cylinders. Why did Democrats not run on this? It is malpractice. The Party that caused the destruction of the economy and the middle class are back in power. Will Americans ever learn to vote their pocketbooks and not their fears? Will America ever stop being gullible?

Among the major worker groups, the unemployment rate for whites declined to 4.8
percent in October. The rates for adult men (5.1 percent), adult women (5.4
percent), teenagers (18.6 percent), blacks (10.9 percent), and Hispanics (6.8
percent) changed little over the month. The jobless rate for Asians was 5.0 percent
(not seasonally adjusted), little changed from a year earlier. (See tables A-1, A-2,
and A-3.)

The civilian labor force participation rate was little changed at 62.8 percent
in October and has been essentially flat since April. The employment-population
ratio increased to 59.2 percent in October. (See table A-1.)

The number of persons employed part time for economic reasons (sometimes
referred to as involuntary part-time workers) was about unchanged in October
at 7.0 million. These individuals, who would have preferred full-time employment,
were working part time because their hours had been cut back or because they
were unable to find a full-time job. (See table A-8.)

In October, 2.2 million persons were marginally attached to the labor force,
little changed from a year earlier. (The data are not seasonally adjusted.)
These individuals were not in the labor force, wanted and were available for
work, and had looked for a job sometime in the prior 12 months. They were not
counted as unemployed because they had not searched for work in the 4 weeks
preceding the survey. (See table A-16.)

Among the marginally attached, there were 770,000 discouraged workers in
October, essentially unchanged from a year earlier. (The data are not seasonally
adjusted.) Discouraged workers are persons not currently looking for work
because they believe no jobs are available for them. The remaining 1.4 million
persons marginally attached to the labor force in October had not searched for
work for reasons such as school attendance or family responsibilities. (See
table A-16.)

Total nonfarm payroll employment increased by 214,000 in October, in line with
the average monthly gain of 222,000 over the prior 12 months. In October, job
growth occurred in food services and drinking places, retail trade, and health
care. (See table B-1.)

Food services and drinking places added 42,000 jobs in October, compared
with an average gain of 26,000 jobs per month over the prior 12 months.

In October, manufacturing employment continued on an upward trend (+15,000).
Within the industry, job gains occurred in machinery (+5,000), furniture and
related products (+4,000), and semiconductors and electronic components (+2,000).
Over the year, manufacturing has added 170,000 jobs, largely in durable goods.

Employment also continued to trend up in transportation and warehousing (+13,000)
and construction (+12,000).

Employment in other major industries, including mining and logging, wholesale
trade, information, financial activities, and government, showed little change
over the month.

The change in total nonfarm payroll employment for August was revised from
+180,000 to +203,000, and the change for September was revised from +248,000
to +256,000. With these revisions, employment gains in August and September
combined were 31,000 more than previously reported.