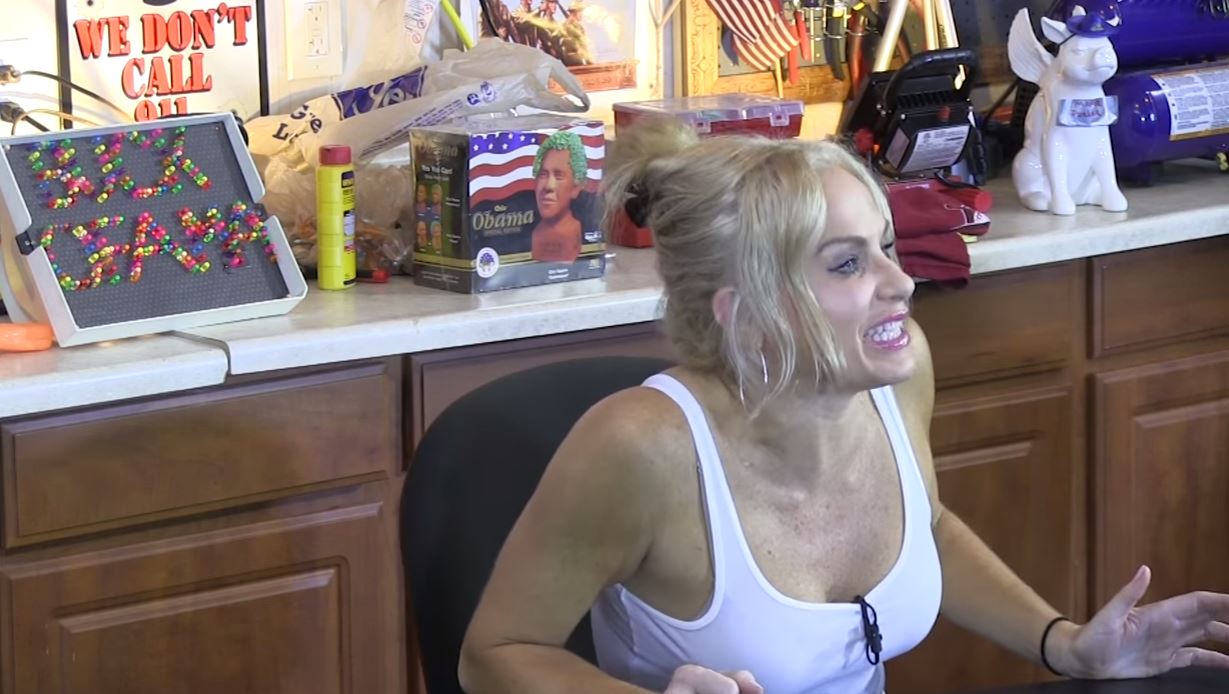 Angela Box is a frequent guest on a local Houston cable access show Tommy’s Garage. The show is a Conservative raunchy, bigoted, and profane show. It is likely no one would have heard of it had it not been for the Fox 26 segment that seemed to have disappeared from their website though the story is still there.

“I am so sick of the bacon haters coming here and demanding we bend to their culture,” said Box in a recent episode, referring to Muslims.

And in this country where free speech is sacred, Box’s expression is simply an indisputable right.

But just as sacred is the privilege of parents to object when they deem the calculated public behavior of a 3rd grade teacher is bigoted and a potential threat to their kids.

Quanell X, a Houston Activist and a practicing Muslim along with many parents object to her being in the classroom. ABC13 Pooja Lodhia interviewed her at length. She initially sounded reasonable but was eventually unable to contain her obvious bigotry towards Muslims. She was later interviewed by ABC13 Jessica Willey where she again attempted to spin her bigotry.

After reviewing her twitter feed and some of her Tommy’s Garage shows, her intolerance became even more obvious. Following are some snippets of her interaction on the talk show as well as snippets from her interview where she attempts to refute her bigotry.

Is this not bigotry displayed by Angela Box?

Angela Box has the right to free speech. The parents of those that she teaches as well have that right. They have the right to remove their kids from her class for concern that in a diverse environment she is unable to be rational or fair. Her provably false beliefs should be a concern for parents.