An American reality for many of us 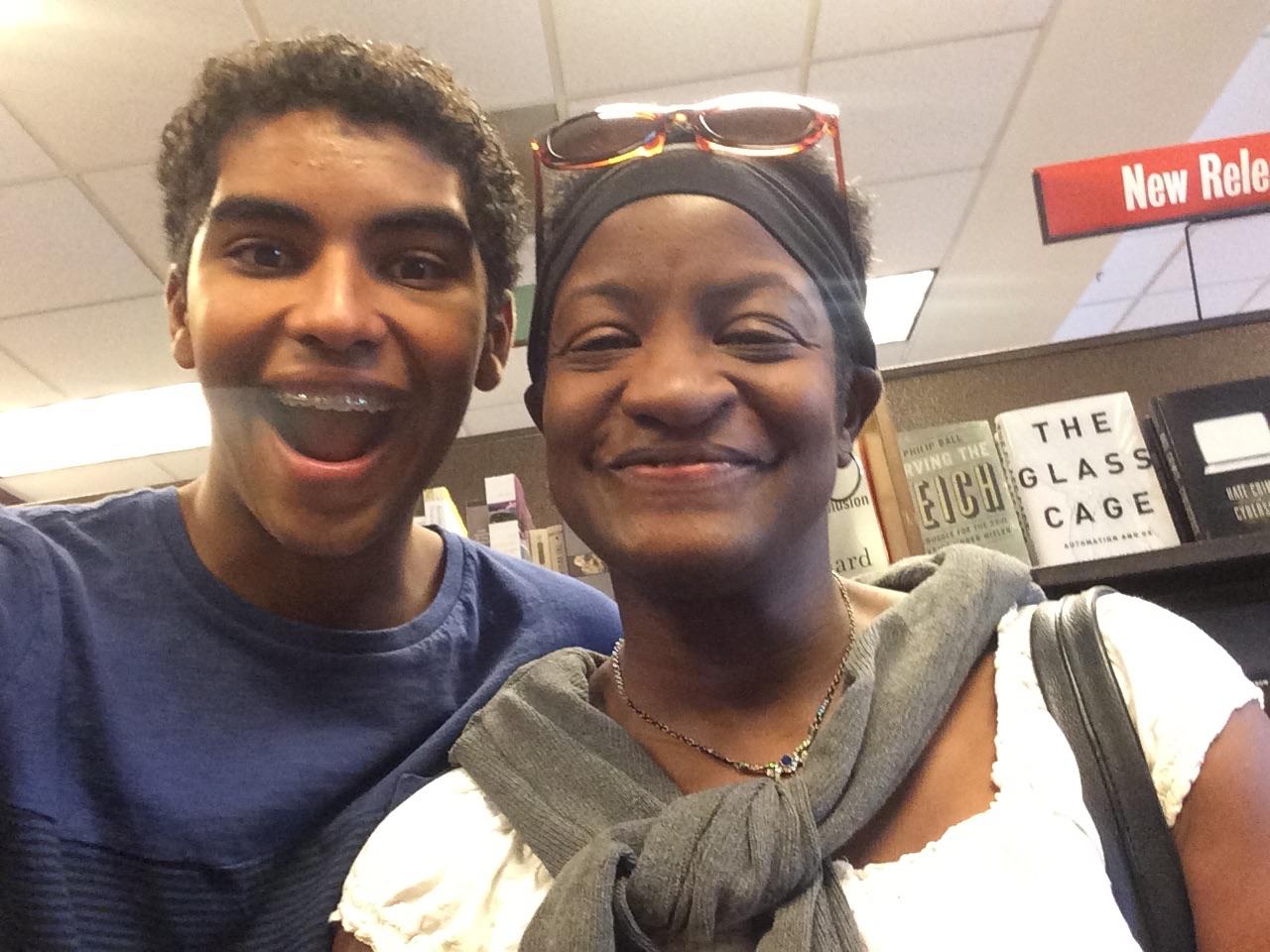 My 16-year-old son recently became a licensed driver, and what should have been a huge, momentous developmental milestone, quickly took on a somber tone when he asked: “Mom, how do I remain safe if I ever get pulled over by a police officer?” This question caught me off guard, but I quickly regained footing, and we formulated a very concrete plan. I reminded my son to always be polite, and we even rehearsed mundane actions such as where he should keep his driver’s license, and I reminded him to always ask permission first as he’s reaching for his driver’s license. I also told him to be sure to tell the officer exactly what he is doing at each stage. My son is 5’9” tall, weighs 135 pounds, is a straight A student, a classical pianist, and plays competitive soccer. The irony in all of this is that as a pediatrician, a significant portion of my time is spent advocating on behalf of children, and talking with families about ways of keeping their children safe. I also happen to be an African American woman, with an African American son. When my son was very young and people would fawn over him and repeatedly comment on how ‘cute’ he was, I was keenly aware that one day, his cuteness would fade, and he would be perceived as ‘threating’ by many, in spite of his very clean cut look. That day has come. In light of the tragic events surrounding Mike Brown, Tamir Rice, and Eric Garner, it is so clear, that this day has come.

As the race dialogue in our country has been pried wide open, it’s imperative that we enter this dialogue with a keen understanding of some of the very real underlying issues, including the role that implicit bias plays in how those from a more privileged background view persons of color. Many have argued that communities of color have brought this upon themselves. If they would only ‘behave’ a bit differently, or ‘speak’ differently or ‘dress’ differently, then ‘they’ wouldn’t have so many problems. Charles Barkley, a person of color, irresponsibly stated that racial profiling on black communities was justified because there are “lots of crooks in our communities”. If only it were that simple. There were times when I too, for very brief moments, believed that attaining a certain educational and socioeconomic level, and communicating in a certain way, would be protective. We’ve now seen time and time again, that the ‘politics of respectability’ is merely a myth. If this dialogue is to move forward in an earnest and productive manner, then we must immediately cease from invoking this idea of ‘otherness’, and truly join forces to decry blatant injustices. My role as a pediatrician is to ensure that kids are able to thrive and develop physically, mentally and emotionally. As a mother, I am deeply concerned that in America, my son continues to be in a subgroup that is at very high risk.

“Hermano, just sent you a rough draft of an Op Ed piece that I plan on sending to the LA Times.” That is the text I received from my little sister a few minutes ago. I read the message and teared up mostly because I knew immediately then that my young, always happy, well adjusted nephew felt the reality of his potential police dictated mortality. The psychological effect of the reality minorities and specifically Black men must endure with law enforcement and our justice system is measurable and real.

I called my sister immediately because I knew the pain and fear she was going through to pen that op ed. I know the pain she felt having her young son approach her with his undeserved fears. I asked her to allow me to post her story as it was representative of millions. My sister is very private. I told her that her story is not some abstraction. It is real and needed to help give the national discourse context.

I remember having similar talks with my daughter. We always told my daughter even before she was of age to drive that when out with her friends who were mostly White, that her behavior had to be different. We told her life was not fair and the reality was that the things her White friends could get away with she likely would not in most cases. There was no point in testing the limits. She saw those realities in many instances since. She got through her High School and college years heeding that advice for the most part and it served her well. Our reality is simply not the same.

My nephew goes to a private school, plays soccer, and excels academically. My sister is a doctor and professor. My sister devotes much time to give back by working in inner city neighborhoods, clinics, and hospitals even as she holds down her duties as an Assistant Dean at the University and it’s hospital. Her husband is a project manager/engineer. They have followed all the rules to excel in America. Should that not be enough?

Our family like many American families is the real America. Our family is integrated with just about all races, religions, ethnicities, and everything in between. That many of us must live this fear is against the expectations of what America is attempting to become and many illogically fear.

Making a better America for the next generation is why I continue to be an activist. Activism requires allies. My sister’s family is representative of millions of families in this country that must still endure a cancer White America is responsible for solving. So far a large percentage have chosen to put blinders on or conflate truly bad actors to justify police killings. If we are to become the America many already claim we are it is time for all of those with implicit unearned privilege to step to the plate. Absent this our demise as a nation will be at hand sooner than necessary.