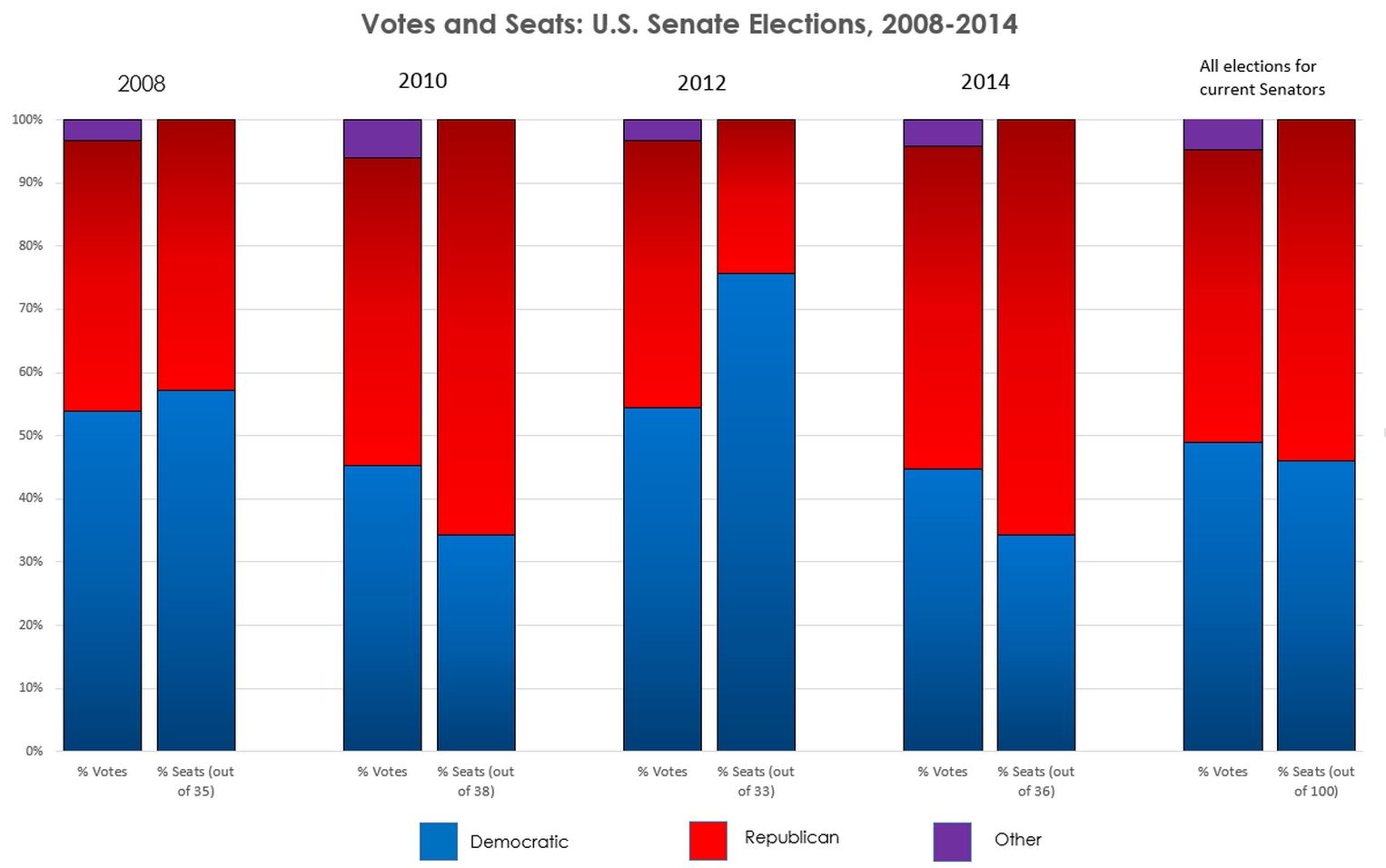 This one was shocking. It does not matter how one cuts it. The United States constitution is severely flawed when more often than not in the last few elections the majority of people voting  for a particular party did not receive their relative representation. Even after a 2014 election where Republicans won big, Democratic Senators in the Senate chamber are governing with 20 million more votes from our citizens than Republican senators.

The same occurred in the House of Representatives in 2012.

House Democrats out-earned their Republican counterparts by 1.17 million votes. Read another way, Democrats won 50.59 percent of the two-party vote. Still, they won just 46.21 percent of seats, leaving the Republicans with 234 seats and Democrats with 201.

There is nothing illegal here. There is simply a very designed undemocratic flaw in the US Constitution that must be fixed lest the legislative branch of the American government will continue to be disassociated from the real wants of society.

Fairvote.org reported the following relative to the 2014 Senate race.

As a body designed to represent states rather than citizens, the Senate’s partisan makeup tends to bear a fairly loose relationship to the raw numbers of votes that were cast to elect its members. With the final election results in hand, let’s take a look at how votes cast for Senate candidates translate to seats in the world’s greatest deliberative body.

In the aggregate, Democratic voters are underrepresented in the Senate and Republican voters are overrepresented compared to their respective strengths in the electorate, although Democrats outperformed their raw vote totals in two of the past four individual elections.

While America runs around the world excoriating countries that do not have one person/one vote, we live in a society that is consistently undemocratic by design. Americans must stand up and claim their birthright.