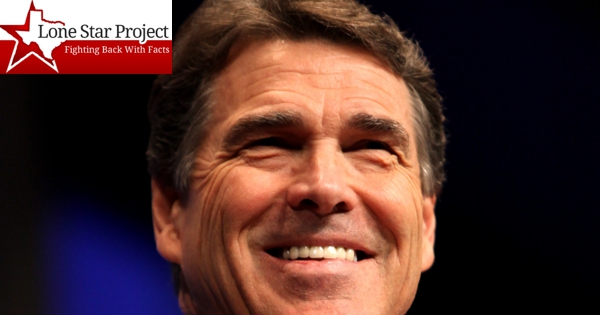 Lone Star Project wrote the perfect farewell address that Rick Perry should have given on his last day. Unfortunately he did not. One should not despair, Rick Perry is likely running for President of the United States of America again. There will be apple time to get his parallel farewell address in wide circulation. 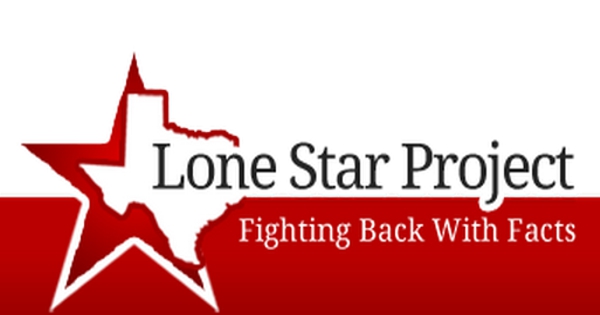 What would Perry say if he'd been given and accepted honest and responsible advice?

In preparation for your final address to the joint session of the legislature as Texas Governor, we have identified key actions and themes that will reflect the legacy you leave behind.

As the longest serving Governor in the history of Texas and a Presidential contender, it is essential that you maintain an optimistic tone while taking credit for all of the  attributes our great state has to offer.  There will likely be some Texans who take you to task, citing legitimate failures and shortcomings. It is our advice that you ignore criticism as you have done so effectively over the past 14 years and bluster past any disparagement over substantive issues with rhetorical boasts about the pride all of us feel in being Texans.

In an effort to head-off criticism, we have providing talking points that put a positive spin on issues that can, if considered objectively, be cited as examples of failed leadership.

The past 14 years have been exceptional, with many policy initiatives that for some were truly ahead of their time. In 2007 I issued a HPV vaccine mandate at the urging of Mike Toomey, my former Chief of Staff-turned-lobbyist for a major pharmaceutical company. Even though this was the right position to take to ensure that Texas girls were vaccinated against a potentially deadly disease, I regret having to scrap the idea once the connection was made between Toomey and the money he stood to make based on what I still believe is sound policy.

When the idea for the Cancer Prevention Research Institute of Texas (CPRIT) was brought to me, I immediately recognized the great opportunity it presented. We could lead the nation in cancer research by establishing another taxpayer-funded agency to help those who were on the cutting edge of cancer research AND create another incentive for political friends to make large contributions. The multi-million dollar research grants that went unchecked to my donors have no doubt broken ground in the fight to cure cancer.

I can’t leave here tonight without addressing my recent criminal indictment. As you know, our State’s Public Integrity Unit was looking into some of my signature initiatives - like CPRIT. I knew they didn't see it the way I did - they just don’t see the value in my type of politics. I exercised my rights as Governor and de-funded the office, putting an end to their attempt at oversight. I proudly stand behind every action I took against the Public Integrity Unit. So, why don’t we just move on down the road.

Maybe my proudest accomplishment is our state’s record on education. After 14 years I can say that under my watch, Texas families are paying more than ever to educate their kids; we've given our public universities the opportunity to raise tuition rates and they've done so - increasing the tuition rates Texans families must pay by over 50 percent. I am also proud of the legacy I leave behind at the University of Texas, where for the first time in the history of the university, I have appointed members to the board of Regents who understand that tuition rate increases can be characterized as academic reform while adopting a business-like approach to higher education. I am honored by the outpouring of support I continue to receive from UT alum and to all of you, I say thank you.

As more people leave California and head to Texas, the need for more toll roads has never been greater. When my initial plan to build the Trans-Texas Corridor was derailed by those  calling it a boondoggle, I did what all good Republicans do - announce an end to the corridor project butcontinue to build private toll roads without the fanfare or fancy names. While we had to borrow billions of dollars and outsource the work to private companies, Texans are now more mobile than ever and have the honor of paying more to drive on the roads their tax dollars paid to build.

Texas continues to lead the nation in job growth and economic opportunity due to our steadfast approach of low taxes and spending.  As my tenure as Governor comes to an end, I hope the Texas miracle I have created will continue to live on. There may be some naysayers among us who will want to focus on the fact that our state debt has doubled under my watch, now totaling more than $300 billion dollars. But that kind of negative number crunching has no place in our Texas.  I feel certain that Governor-elect Abbott will continue to ignore the debt as I have and not give in to the studies and views expressed by economists and other naysayers.

There is no greater accomplishment I will leave office being prouder of than my actions to ensure that Republicans hold on to power in this state at all costs.

Having been found by federal judges to have intentionally discriminated against Hispanic and African American Texans is a small price to pay to ensure that those of us in power stay in power.  We have no obligation to win the support of those who might vote against us if we have the ability to suppress their votes altogether. I will not shrink away – and I know that Governor-elect Abbott will not either – from the need to change our election laws, redraw districts or take other actions required to gain and hold power.

Our team feels that by addressing these key points you will further demonstrate to Texas, and the nation, who you really are, and why you choose to serve. We look forward to the address and continuing to advocate your real record in the final days of your term.