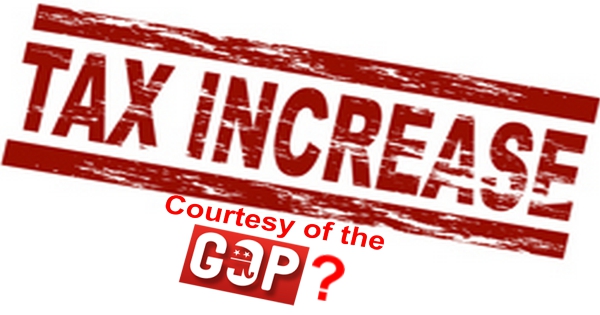 There is a must read New York Time article that should raise the ire of every American citizens. Republicans have always run on the mantra of tax cuts and low regulations. That has never been true for most middle class Americans. Any time taxes are cut it means the benefits a society brings will cost the least of society more.

The New York Times article titled "Republican Governors Buck Party Line on Raising Taxes" is a prime example. Most states that have revenue shortfall can generally attribute it to mostly poor taxation. There is always waste that can be eliminated but the reality is even government waste in the hands of the poor and middle class is economically stimulative.

What is alarming is that state spending is not keeping up with investments in people necessary to keep the state productively viable.

The financial picture for states has stabilized, with five straight years of revenue and spending increases. But when those numbers are adjusted for inflation and population growth, they are still far below their pre-recession peak. The National Association of State Budget Officers recently warned that revenue growth was not strong enough to both maintain basic services and meet the growing demand to spend more on such things as higher education and prisons.

Many of the Republican governors have come to that realization as well. They have also decided to mitigate the shortfall with middle class tax hikes. They have proposed taxes that disproportionately cost the middle class and the poor more.

Why would they propose raising sales taxes, fuel taxes, and fees? Over the years it has been the perfect bait and switch. They lowered income taxes or other taxes paid by a few well to do citizens and increase those taxes that all citizens must pay.

These types of tax policies are drivers of income and wealth inequality. They suck potential progress or access to growth from most.