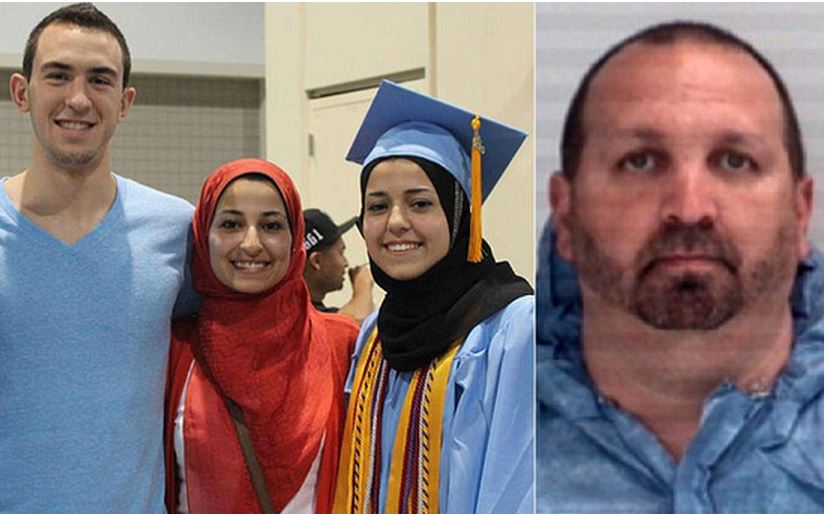 It is poetic justice in a saliently macabre manner that it is an atheist that effected the irrationally violent  murders of 3 Muslim students. One can be sure that atheist Bill Maher and Sam Harris do not want anyone to equate atheists as a Muslim murdering bunch.

DailyKOS Leslie Salzillo wrote a must read piece where she spoke about Craig Stephen Hicks, the alleged murderer of the Muslim students. The following snippet jumped out at me.

About That 'Atheist' Who Killed 3 Young Muslims In North Carolina…

But still, many will believe the extremists are who they say they are, especially if it's been propagated on self-proclaimed 'news' - like FOX. Just three days ago, FOX implied that only Muslims kill in the name of religion. And Pat Robertson has stated in the past that Muslims want global domination:

"These people are crazed fanatics, and I want to say it now: I believe it's motivated by demonic power. It is Satanic and it's time we recognize what we're dealing with."

Extremists do not represent the religions, organizations, and non-believers they claim. They represent hate - hate in it's purest form. They are the worst of the worst in human spirit. If there is a Hell, it's from whence they came, and to where they will return.

Leslie Salzillo gets it perfectly correct. One hopes that Bill Maher, Sam Harris, confused Liberals, Conservatives, and Right Wing ideologues will heed Ms. Salzillo's statement and President Obama's call for humility in us all.