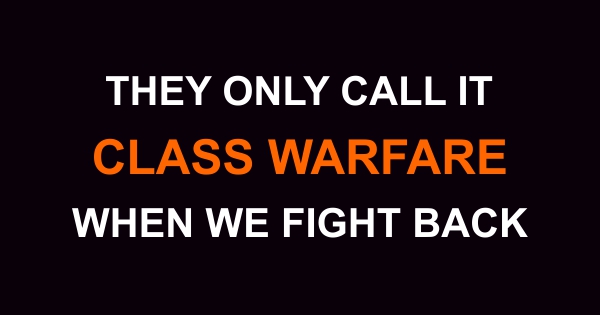 David Cobb, one of the Board Members of Move To Amend that I serve with, sent me the article “Study Busts Myth Corporations use to Justify Skyrocketing CEO Pay” posted on the NationofChange website. To say it got my blood boiling inasmuch as I pretty much presumed the information would be a mild description of my emotional state after reading and digesting the article and its corroborating information.

There are two premises to the article that I want to put in context.

I want to debunk the 2nd argument first. The article references the New York Times article “C.E.O.’s and the Pay-’Em-or-Lose-’Em Myth” that pretty much debunks it. That said common sense alone should have sufficed. There are thousands of MBAs leaving great business schools. Do you think there is a shortage of paper pushers? Are these executives the real drivers of their industries? Exxon has been in business for decades. Do you think the marginal business knowledge provided by anyone placed in that executive seat is worth the increase in pay they have received over the last 30 years even as their employees, the actual ones that do the work have remained stagnant? The answer is simple. HELL NO.

Inasmuch as the wealthy class is very small (the top .1%) they have given the professional class the semblance of wealth in that is worth fighting for by making their lives comfortable and relatively luxurious. We are talking “affordable housing” in exclusive suburbs and/or gated communities, great vacations, company perks, etc., a lifestyle worth defending at all cost. The allure have have caused many to compromise their morals.

The working class is busy working. They are busy taking care of their kids the best they can. They do not have much time to do anything else except a periodic vacation. They want life to be better but how? After-all their wages are stagnant, their healthcare is taking a bigger bite, and their children’s higher education is taking a bigger bite assuming they can even afford one.

Many in the working class are falling into the poor class even as they are working because of wage stagnation as the cost of a middle class life continues to increase. These folks get some government assistance but they see access to the middle class fading.

This dilemma did not occur in a vacuum. It has always been about power. It has always been a small group who wanted power over the many. This was America pre-FDR and is America post-Reagan. While FDR championed a 2nd Bill of Rights that guaranteed the moral existence of a society where everyone was entitled to equal access to succeed, Reagan as the god of supply side economics instituted the effective destruction of a growing middle class as these policies transferred the wealth of the many to the few.

Reagan’s famous phrase was the opening salvo on the attack on the middle class when he said government was not the solution but the problem. It was imperative that he unpatriotically disassociate government from the people. Once people no longer saw government as “we the people” the decimation of the fabric of America could begin.

Keeping a policy in effect for more than 30 years, a policy that decimates the masses, is no easy task. It requires a war. It requires a covert and deceptive war. It requires pitting the working middle class against the poor. It demands the professional class be guard at the gates of the Plutocracy.

That is exactly what we got. We got think tanks like the Heritage Foundation and others that could effectively corrupt data to give supply side economic policy the semblance of a policy that works. We got a corporate controlled media that no longer did investigative journalism or research lest they upset the wealthy class that pays the bill. We got the decimation of the unions which was the only body with enough clout, the American worker, to fight against industry and purchased politicians.

We have had class warfare for some time now. Many just did not realize it until now. When I wrote my book “As I See It: Class Warfare The Only Resort To Right Wing Doom”, I took a lot of flak for using the term class warfare. I will not back down from that phrase. In fact, until we understand that concept we will continue our path to indentured servitude with no path to independent success.

Our corporate controlled government is eroding our freedom by design. Corporate control of society has allowed corporations to patent genes and seeds that prevent the little man from innovating and forcing the farmer to buy seeds he once grew for himself. Corporate control has inhibited policies that give the individuals the freedom to leave the corporation and fend for themselves.