Why is the story of the Sigma Alpha Epsilon fraternity so striking and engulfing? Because one gets to see behind the curtain. Bigotry and racism met the all exposing ubiquity of video sharing. It is true that light is the best disinfectant.

The house mom of the Sigma Alpha Epsilon (SAE), Beauton Gilbow, fraternity in an interview said she was shocked. She spoke as if the behavior of he ‘boys’ was surprising. She seemed so honest. Grandma looked so innocent. Grandma seemed like one who did not posses the ability to be hateful.

Lo and behold a Vine video was released showing Beauton Gilbow’s singing a racial epithet. It rolled off of her tongue smoothly and easily. And this is the issue. So much happens behind closed doors. It is amazing how easy it is for folks to be multi-faced. Shame on this woman but not at all surprising.

For those who need a refresher about the story, some Sigma Alpha Epsilon fraternity young men were caught on camera singing  “There will never be a n****r at SAE. You can hang them from a tree but they will never sign with me.” Two of the leaders were subsequently identified as Parker Rice and Levi Pettit.

The conductor of a sickening racist chant by a University of Oklahoma fraternity has been identified as a graduate of an elite Catholic school in Dallas.

Parker Rice, 19, is an OU freshman. It is believe he did not even live in the Sigma Alpha Epsilon fraternity house, which was shut down by the university on Monday.

A spokesman for the school’s president, Mike Earsing, told Daily Mail Online: ‘We know for sure it is one of our students and it is Parker Rice.’

Daily Mail Online was the first to confirm Rice’s identity.

Parker Rice and Levi Pettit were expelled from the University of Oklahoma. They were sent the following letter. 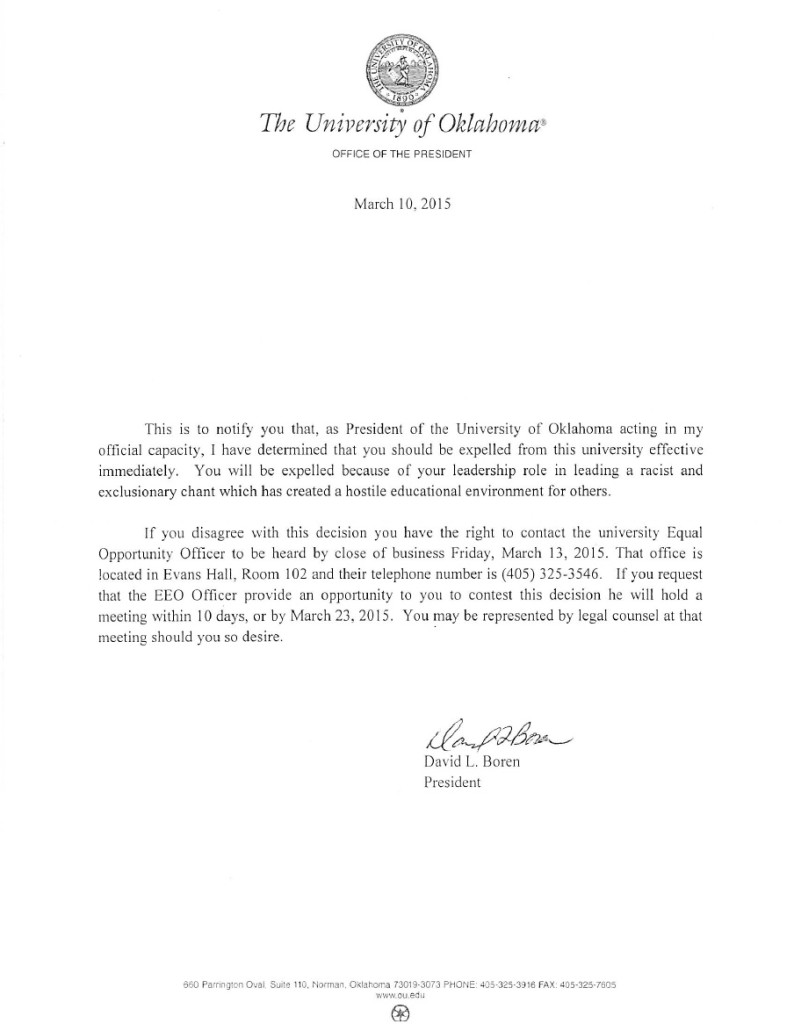