It is deeper than Iran 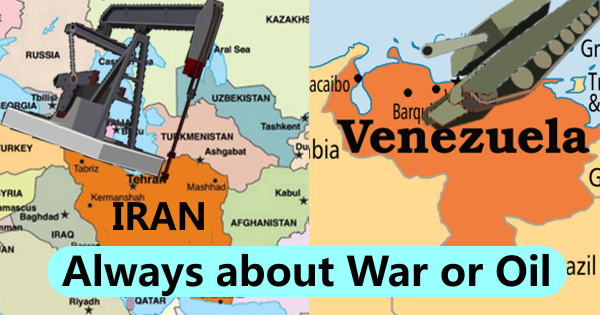 The more things change the more they seem to stay the same. Last week we had 47 United States Republican Senators, Senators subsequently referred to as the 47 traitors unconstitutionally inject themselves into our nation’s foreign policy. They signed on to an infantile letter written by Arkansas Junior Senator Tom Cotton to the mullahs with the purpose of teaching them the intricacies of the United States constitution.

Zarif expressed astonishment that some members of US Congress find it appropriate to write to leaders of another country against their own President and administration. He pointed out that from reading the open letter, it seems that the authors not only do not understand international law, but are not fully cognizant of the nuances of their own Constitution when it comes to presidential powers in the conduct of foreign policy.

Embarrassingly, the Senators in signing the letter showed they were the ones who did not quite understand the constitution or their jurisdiction of any results attained by the negotiations. The Iranians subsequently schooled the Republicans on the error of their understanding of the constitution. Sadly the letter will be used as a diminished faith bargaining chip to extract more from the US based on the bad faith of the Senators.

Americans must not be fooled. The expectation of the 47 Senators is to do the job of their masters. A deal with Iran is an existential threat to the profits of the military industrial complex. Many of these Senators in the past attempted to use ISIS / ISIL to force America into another war to prop up the military industrial complex. ISIS / ISIL, that big bad monster that was more hype than substance is in retreat. No matter how much they attempt to make it an existential threat to the US, it never was.

Our real conflict with Iran occurred because we overthrew their democratically elected leader. The oil company, now known as British Petroleum lost its stronghold on Iranian oil. The British and the Americans would not have that. They inserted the dictator, the Shah of Iran, until the people rose up with innocent Americans caught in between. Americans must know the history before we blindly decide that war with Iran is morally right. The Iranians have more to fear from us than we from them.

One should note that America is playing the same game in Venezuela. Venezuela is sitting on top of one of the largest reserves of oil, if not the largest in the world. Yet most in the country are poor. The only folks that got rich off of the oil was the Venezuelan Plutocracy and foreign companies. They willed then Hugo Chavez into existence and now Nicolas Maduro to effect some sort of Bolivarian revolution in an attempt to bring some sort of redistribution to what was stolen. America does not approve.

President Obama should know better. President Obama is absolutely wrong and with that statement is behaving no differently than President Bush on Iraq. US Venezuelan action is flying under the radar but those words give the United States Executive the legal permission to act  to remove the “threat to our national security.”

The Republicans will undercut the President in Iran. Any bets on whether they will support President Obama on his very large misstep on Venezuela?