We must know our real savior lest we lose 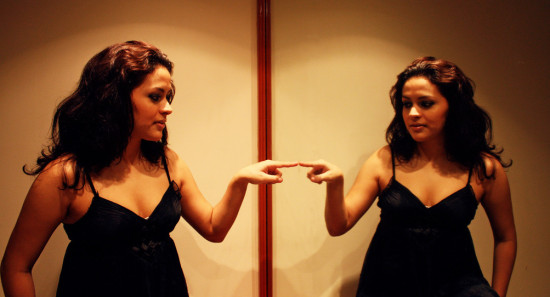 This week a dear friend sent me an email. She was uncharacteristically upset by the correspondent. Her husband, as well as many in this community, works for ExxonMobil. Many in Texas do. Her email said,

This landed in the email boxes of tens of thousands of Exxon employees this morning. This is what the Texas Democratic party doesn’t understand about winning elections. In Texas the energy industry directly impacts millions of voters … and to clarify , that means people who actually do vote.

This email message is very cleverly worded and, of course, does not make reference to the fact that local municipalities are voting to ban fracking within their jurisdictions and that this legislation would negate their authority.

I NEVER hear anything from our state party about messaging to neutralize this constant perversion of reality. This email is begging to be exposed.

Her frustration with the Democratic Party’s response to a very well orchestrated corporate messaging was palpable. The saga began with Denton, Texas’ ban on hydraulic fracking. Ever since that move by local citizens to take control of their future, Republicans have been making moves to negate the will of the people by attempting to pass bills that would squash local fracking bans. The bill, HB 40 says the following.

Except as to the authority recognized in Subsection (b),a municipality or other political subdivision may not enact or enforce an ordinance or other measure, or an amendment or revision of an existing ordinance or other measure, that bans, limits, or otherwise regulates an oil and gas operation within its boundaries or extraterritorial jurisdiction. An oil and gas operation is subject to the exclusive jurisdiction of the state.

Of course they have much help from the educational and indoctrination wing of the corporations, in this case the email sent to thousands of ExxonMobil employees below.

From: CitizenActionTeam
Sent: Monday, March 23, 2015 11:58 AM
To: XXXXXXXXXX
Subject: Contact Your Texas Legislators to Support State Oversight of Oil and Gas Activity

“Public policy decisions will have a powerful influence on the energy sector and on the potential for greater innovation in the future,” Rex Tillerson said in a speech in Washington, D.C. earlier this month. This is true of decisions made by lawmakers in Washington and Austin, and also by city governments across Texas.

The Texas Legislature is considering legislation to preserve local control of normal city regulations and to clarify the state should be the regulatory agency for oil and gas operations. You can help by encouraging our state legislators to pass HB 40/SB 1165.

We need your help.

Constituent opinions matter and the elected leaders of Texas need to hear from Texans who support responsible oil and natural gas drilling. It is expected that the House Energy Resources committee and Senate Natural Resources & Economic Development committee will be voting on this legislation very soon.

If you support HB 40/ SB 1165 and keeping Texas safe and strong, please send the email below to members of the House and Senate committees who will be voting soon.

In that letter the ExxonMobil ‘CitizenActionTeam’ provide a link to send letters of support for the bill. All Texans reading this should consider sending letters as well asserting the Republican tenet of local control where it matters. All Americans should send letters calling out their hypocrisy.

Robert Kuttner, Co-founder and co-editor of ‘The American Prospect’ wrote an excellent piece titled “Why the 99 Percent Keeps Losing.” In the piece he enumerated the following seven reasons.

While Kuttner elaborated on all the reasons, Reason Seven interestingly is the only reason necessary. The first six would all be mitigated by Reason Seven. He states the following.

In the face of all these assaults on the working and middle class, there are many movements but no Movement. The Occupy movement, which gave us the phrase, “The One Percent,” was too hung up on its own procedural purity to create a broad movement for economic justice.

Looking out at the plethora of local and national groups pursuing greater economic equality, one sees mainly idealism and fragmentation.

… Well-meaning foundations fall in love with the charismatic activist leader de jour, seem intent on creating yet another grass roots group or coalition, and then that group needs to differentiate itself from rivals and dance to the foundation’s tune.

President Obama provided and successfully built a movement that got him elected. The ability of that organization and movement was never used effectively to change the nation. In effect it was used to get a politician elected and not the national structural change many signed up for. Most Washington DC based 501c3s  are too concerned about rubbing shoulders with the powerful as opposed to changing the powerful or ensuring the corrupt powerful are defeated.

The remedies that would restore economic opportunity and security to ordinary Americans are far outside mainstream political conversation, and will not become mainstream until forced onto the agenda by a genuine mass movement.

Organizations that will effect change are organizations that will not immediately roll off of the tongues of activists let alone the average American citizens. It is incumbent on organizations like ours, The DailyKOS, to lead the way in being that objective Liberal hub that reaches every American citizen in their mailbox, emails, social media pages, and on the ground. It is the values represented here that are middle-class centric. These values are what Americans yearn for (when we break the clutter of misinformation).

Real grassroots national organizations that are physically engaging Americans like all of our unions, Coffee Party USA, Move to Amend, and a few others with distinct middle-class centric missions must be embraced, their messages shared, and their actions leveraged. That is how a real movement is built.

We constantly lose because we are yet to assert our worth. We are looking for a savior. Little do we realize we see our savior every time we look into the mirror.