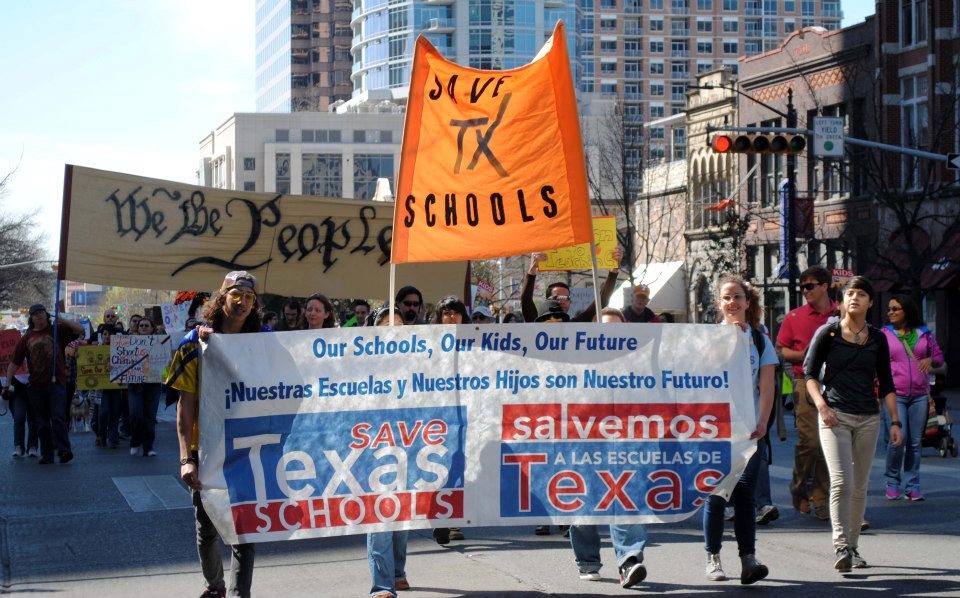 It seems the Republican charlatans are at it again.  We can always count on Professor Cody Pogue for his synopsis of what's going on in Austin at our Texas legislature. I hope you are all getting ready to head up to Austin for the Democratic women takeover of Austin, Blue Ribbon Lobby Day on April 14th. Most importantly don't forget the Save Texas Schools Statewide Rally at the Capitol on April 18th.

Today, March 31, is the big day when the Texas House votes on Amendments to the budget that will govern the state of Texas for the next two years.  It is only 9:30 pm and the Legislature has already voted to underfund education, underfund Pre-K, and cut funding from programs designed to help people with AIDS, replacing them with more abstinence education programs.

One of the votes that bothered me the most so far concerned an amendment by State Representative Coleman, under which (to quote the Texas Tribune) “school districts would have to collect and report instances of discrimination against lesbian, gay, bisexual and transgender students or employees”.  Democratic Representatives Coleman and Gonzalez argued passionately concerning the facts that this study will not be expensive, it will not put a large burden on public schools, the Legislature always does studies, and that children are dying due to excessive bullying.  Representative Coleman told heartbreaking stories about elementary students in his district being bullied.  Unfortunately, it fell on deaf ears.  Texas Republicans joined forces and killed this amendment.

This was not an amendment about adults, but about helping children who do not deserve to be hurt, bullied, or mistreated. I was especially unhappy by the fact that the man who has represented me in the Legislature for the past few years, Republican Dan Huberty of House District 127, publicly voted to kill this amendment. Elections matter, and we need to make sure these representatives find that out the hard way during next November.