An estate tax is not a death tax. It is a mathematically necessary tax 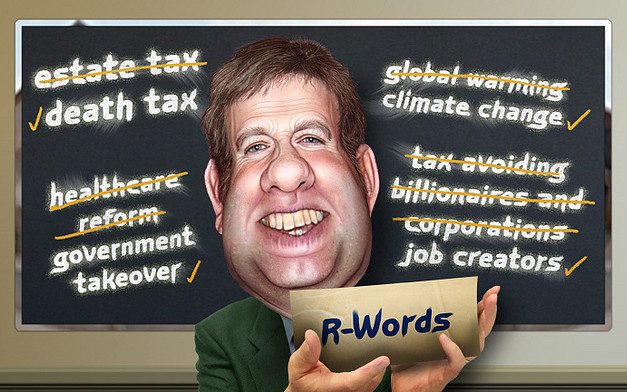 Talk is cheap. You know one’s values not by what they say but what they do. Both political parties coddle the rich and the powerful. In a country where corporations are legally considered individual persons with rights of humans it is unavoidable. In a country where money is considered speech, it means corporations and the wealthy have more speech than the average citizen.

It is no wonder that inasmuch as the American middle-class is hurting and in need of a break, the one bill Congress had no problems passing was a bill to repeal the estate tax.

What is the estate tax? The estate tax is the tax levied on the assets of a someone who died before it is redistributed. Frank Luntz, the Republican wordsmither, renamed the tax. He has all Republicans and the media referring to it as the death tax. His intent is to make it sound ominous and to some extent he has been successful.

HuffPost reports that The House of Representative voted to repeal the Estate Tax.

WASHINGTON — The House of Representatives voted Thursday to give a tax break worth $269 billion to the richest few thousand estates in the country, and add that cost to the federal debt.

Called the Death Tax Repeal Act of 2015, the bill would end the nearly 100-year-old federal estate tax. All but three Republicans voted in favor, while all but seven Democrats voted against. The legislation passed 239 to 179.

The measure benefits only the top .2 percent of the population because the other 99.8 percent of the country doesn’t own enough wealth to ever pay the tax. Only estates worth more than $10.9 million for couples and $5.4 million for individuals fall under the tax.

The tax is best called The Unearned Wealth Tax or The Freeloader Tax or The Entitled Tax. The problem is that very few politicians are willing to offend the rich. Why? Again read the first paragraph of this article.

Where is the tax break or tax subsidy to make a college education, a trade, or other forms of education easier? After all, the masses subsidized the rich by paying for the skills necessary to perform the jobs that made the rich wealthy.

The Estate Tax is a moral tax. The rich did not get wealthy in a vacuum. They became rich on the excess value of labor not paid to the masses who effected that labor. The least they can do is pay some back at their deaths.

Inasmuch as the bill has already passed the House of Representatives, showing your support by signing the petition will enhance this position in conference.