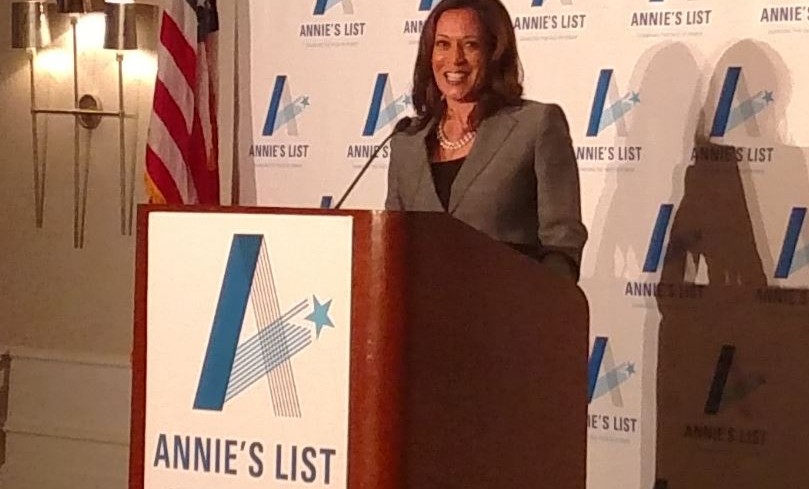 Annie’s List always brings exceptional women to their annual Houston luncheons. This year was no exception. Their featured speaker was Kamala D. Harris.

Annie’s List executive director Patsy Woods Martin spoke about the importance of the organization. She spoke about its accomplishments in getting many progressive Texas women elected. She said she expected another Annie’s List endorsed candidate, Ina Minjarez of House District 124, to be added to its repertoire.

Kamala D. Harris gave an empowering speech. She spoke about many who believed it wasn’t her time. After-all, she was at 6% support when she started her run. She spoke about State Senator Rodney Ellis anointing her an Honorary Texan. She spoke about the reasons she wanted to be an attorney general. The one that stood out was the manner in which she framed legal cases. She said when someone is being judge in court, it is not the aggrieved vs the perpetrator. It is the state vs the perpetrator. Paraphrasing, “A crime against any citizen is a crime against us all.” Kamala D. Harris provided encouragement to women (and men) to engage in the body politic unabashedly.

There was temporary suspense before a pleasant surprise. Immediate Board Chair Amber Anderson Mostin informed the audience that she would no longer be providing her customary generous donations. After an uneasy pause and silence in the room, she said she was kidding. In fact she offered to match dollar for dollar any donations resulting from the event.

It was a very informative and empowering lunch. 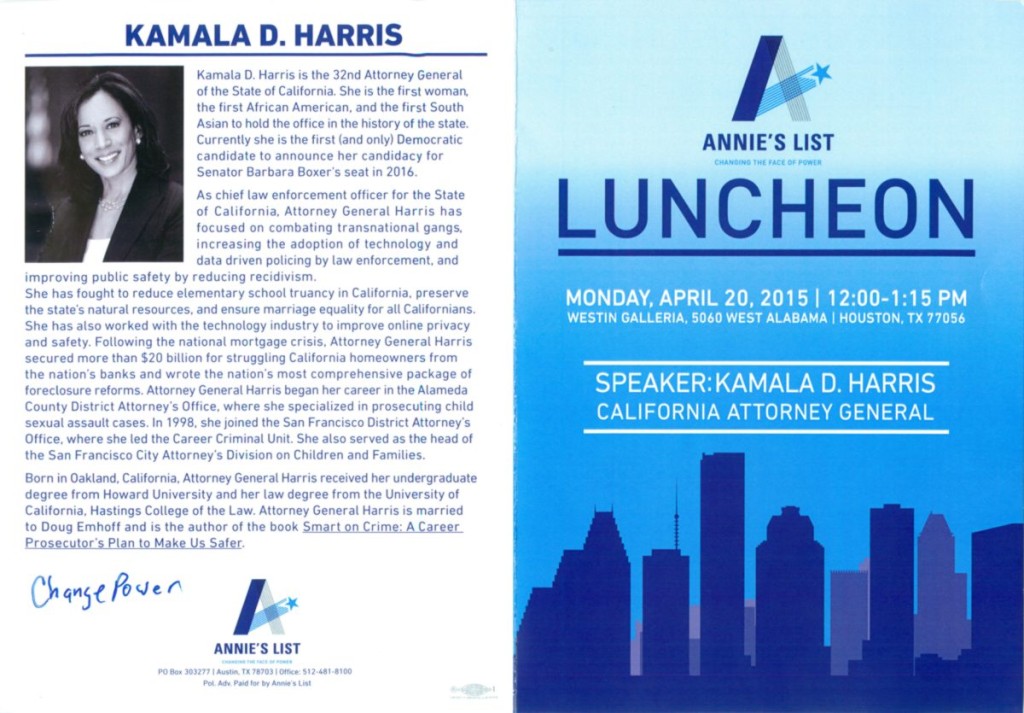 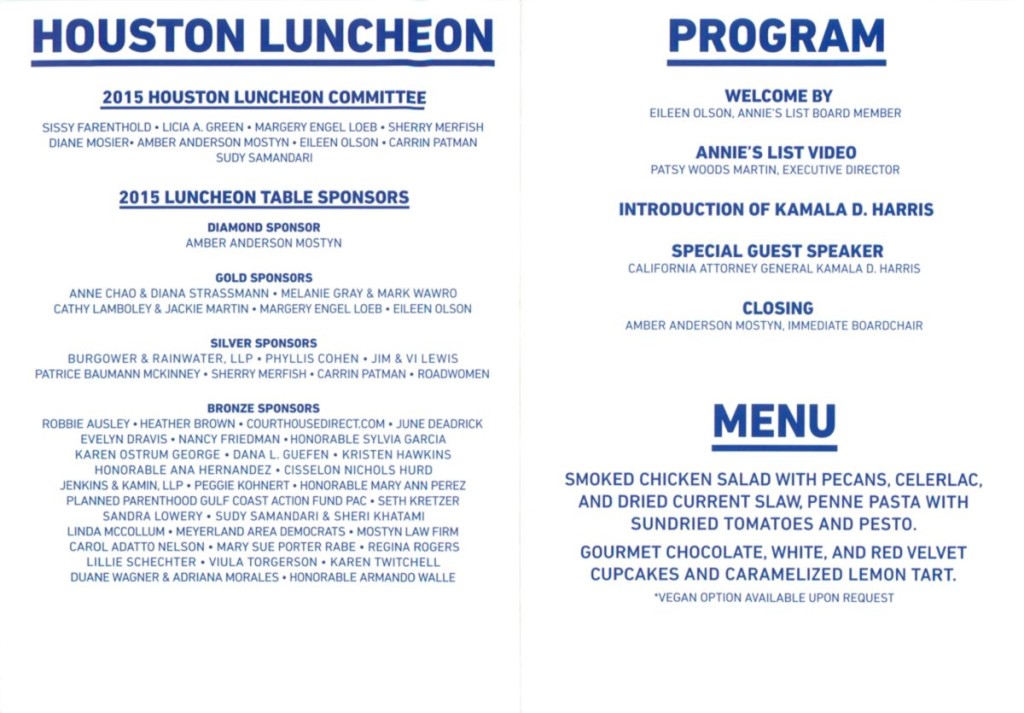