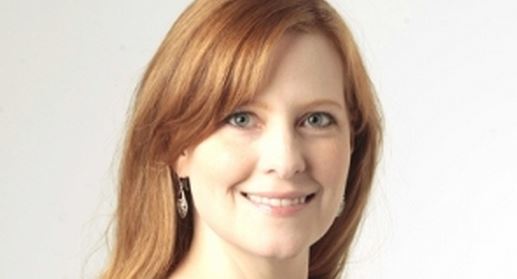 Lisa Falkenberg, Houston Chronicle journalist won the 2015 Pulitzer Prize for Commentary. A Texas Longhorn, she is one of a select few Pulitzer winning University of Texas graduates. Lisa’s columns are always worth reading.

Awarded to Lisa Falkenberg of the Houston Chronicle for vividly-written, groundbreaking columns about grand jury abuses that led to a wrongful conviction and other egregious problems in the legal and immigration systems.

HOUSTON, April 20, 2015 /PRNewswire/ — Houston Chronicle columnist, Lisa Falkenberg, won the 2015 Pulitzer Prize for Commentary for her impassioned columns on the Alfred Dewayne Brown case and other columns on important social issues including immigration, and voting rights. The Pulitzer board said it honored Falkenberg for “vividly-written, groundbreaking columns about grand jury abuses that led to a wrongful conviction and other egregious problems in the legal and immigration systems.” The Pulitzer is the first in the Houston Chronicle’s 114 year history.

Falkenberg wrote a series of columns on the case of Alfred Dewayne Brown, who was convicted of killing a Houston police officer – a crime he likely did not commit. These columns ran from May through November, 2014, and revealed that the key testimony was tainted because a witness was threated and intimidated by the grand jury and that grand jury was headed by a Houstonpolice officer. After Falkenberg’s reports, a Texas court overturned Brown’s conviction and his death sentence and Brown is currently awaiting his fate as the district attorney decides whether to retry him. In addition, lawmakers introduced legislation to help fix some of the issues in grand jury selection in Texas, and a number of Harris County judges have stopped sealing the names of grand jurors after their term.

“The most important thing for any newsroom is doing journalism that makes a difference in your community, and her work as a columnist has done that. We are absolutely thrilled for Lisa and the newsroom for the Houston Chronicle’s first Pulitzer Prize,” said Nancy Barnes, Houston Chronicle Editor. “Lisa’s relentless pursuit of justice and her powerful storytelling have resulted in a tremendous body of work of which we are so proud.”

Falkenberg was born in Seguin and studied journalism at the University of Texas. She joined The Associated Press’ Dallas bureau in 2001, eventually becoming a regional writer covering Dallas and East Texas. She was named Texas AP Writer of the Year in 2004. She joined the Houston Chronicle’s Austin Bureau in 2005. She moved to Houston in 2007 to be a Houston Chronicle metro columnist. Falkenberg was also the ASNE’s 2015 winner of the Mike Royko award for commentary/column writing, and was a finalist in 2014 for the Pulitzer commentary category.