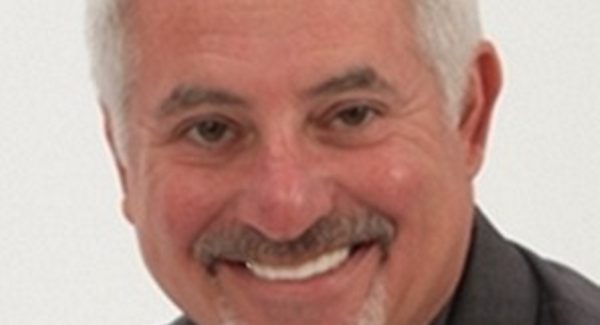 Premise: The battle that rages between Democrat and Republican supporters is killing any chance of reclaiming a democracy that is of, by, and for The People – and both parties love it.

While we, The People remain fully engaged in this pointless battle, both parties continue to advance the agenda of corporations and the wealthy, and do so at the cost of the rest. So, as long as we promote this false paradigm then we, The People will be forced to survive on the scraps thrown to us by the 1%. Don’t believe me? Ask Robert Reich. Ask Lawrence Lessig. They know and preach regularly that only a non-partisan coming together of Americans for Americans will win the day. But how can we make this happen if we are so evenly and vehemently divided? The answer lies in changing the conversation in order to identify and confront our true enemies.

First and foremost, we must accept the fact that supporters of our political opposites are not necessarily our political enemies. In fact, bridges can be easily built with all but the most zealous of them. So often, those who support the winner eventually feel as betrayed as the rest of us when they fail to abide by or even try to fulfil campaign promises. As such, if we truly are seeking common ground on which transpartisan “fixes” can take root, we need to extend an olive branch. We need to suppress the urge to “pile on”, calling them horrible names and snarkily saying, “This is your fault” or “I told you so”.

But if not our political opposites, who then is our enemy? This, of course, depends on what you want your government to do and how you feel we can best get it done. As I see it, there are two possible agendas. The Corporatist Agenda, which I referred to at the beginning of the article, has been consistently carried out over the past five decades. Some argue even longer. Policies promoted by backers of this agenda focus on helping corporations and the wealthy grow the economy, which in turn [theoretically] helps grow opportunity for all. This movement, most often referred to as trickle-down calls for lower taxes on corporations and the wealthy, including those on capital gains. It also includes massive subsidies, most of which are afforded to large, already profitable organizations. And finally, it promotes deregulation, easing limits placed on financial markets, labor, and environmental standards. More recently, it has included lopsided trade treaties like NAFTA, and the looming TPP. But let’s be clear. These treaties are not lopsided toward the U.S., but are lopsided toward U.S. corporations. As one would imagine, under the Corporatist agenda, Corporations and the wealthy have done extremely well. Corporate profits have soared, and have done so despite several severe recessions. But what about the promise of increased opportunity for all? This is where the theory of trickle-down economics has failed – miserably.

Millions of jobs and billions of dollars in capital have been moved offshore in order to take advantage of low-cost labor pools and tax heavens. And mirroring the rise of wealth at the top, pollution and other forms of environmental damage have increased significantly as well. In short, virtually nothing has been allowed to “trickle-down”. This leads us to the obvious alternative.

I call it, The Humanist Agenda. In the end, trickle-down economic theory failed for two reasons. First, it underestimated the greed of those at the top. Secondly, the government failed and/or refused to “attach strings” to the bounty it bestowed upon those at the top — a perfect recipe for the disaster that ensued. The Humanist Agenda seeks to right these oversights.

It starts with initiatives aimed at getting America back to full employment. Infrastructure investment is the most obvious choice, perhaps even resurrecting The Civilian Conservation Corps (CCC); a public work relief program that played a key role in bringing down unemployment during The Great Depression. Again, given that many are still trying to climb out from underneath the rubble of the Crash of ’08, this seems like something at least worthy of consideration. That being said, if we do embark on such a lofty quest, we will need to pay for it. Enter item #2, creating a more fair tax system.

Much of the largess government has heaped upon corporations has come in the form of subsidies, often in the form of tax incentives. This behavior has amounted to nothing less than “Corporate Welfare”. And at the same time, the government saddled the country with egregious amounts of debt, much of it due to the Wall Street bailout. But here’s the thing; only a small percentage of the total bailout was approved legislatively. The TARP program originally authorized expenditures of $700 billion. The Dodd–Frank Wall Street Reform and Consumer Protection Act reduced the amount authorized to $475 billion. However, according to the NY Times, if you include direct investments in financial institutions, purchases of high-grade corporate debt and purchases of mortgage-backed securities issued by Fannie Mae, Freddie Mac and Ginnie Mae, the total tab for the bailout was a staggering $9 Trillion! Corporatists had once again won the day. So obviously we need to add a fix to The Humanist Agenda that will insure this never happens again. Put plainly, we must insist on wide-sweeping reregulation; not just of financial markets, but also for those destroying our environment for the sake of profit. There is only one world. We won’t get a do-over.

Now, in the short term, while we are working our way towards full employment, we must also fight tooth and nail for a strengthening of our social safety net. From a purely defensive standpoint, this should include a plan to protect the working poor and disenfranchised from falling even further behind because they cannot afford healthcare. All possibilities, from universal healthcare to single payer systems must be studied and debated until we can find one that will minimize overall costs and provide at least a minimum standard of care for all. What is certain is that we cannot leave healthcare to the for-profit barons who again, are in it solely for profit.

Finally, it is crucial that we acknowledge that The Humanist Agenda is not a Robin Hood scheme. To destroy corporations and steal wealth from the top is not only wrong (even if they don’t feel the same), but more importantly is counterproductive. In the end, The Humanist Agenda is about promoting the concept of, “All boats should have a chance to rise with the tide”. The word “chance”, was not interjected by chance. It is there to remind everyone that in the American Dream, equity is required by both sides. If we are going to demand those at the top increase theirs, we must be willing to pitch in as well. That is how we ALL win.

So, now that we have identified the two possible agendas, what’s next? Well, that actually is the easy part. Since we have established the new Paradigm, Corporatist vs Humanist, we simply label each and every office holder and seeker as one or the other. But here is the key; we don’t do it based on the old, false paradigms (right v left, Dem v rep, conservative v liberal/progressive, etc.) and we don’t do it on campaign rhetoric. We assign these labels based on voting records and other legislative/executive actions. Did candidate ‘A’ vote to approve corporate subsidies or ease environmental regulations on a certain industry? Did candidate ‘B’ sponsor legislation to raise the minimum wage or to reregulate Wall Street? Did officeholder ‘C’ approve oil exploration in a natural reserve, and do so with lowered safety standards? In the end, I guarantee that such an examination will yield a clear position for each, be it Corporatist or Humanist. Then we simply vote for the ones promoting the agenda we like best. Whatever the result, at least we end up with the government we, The People want.

Not so coincidently, this is exactly the way the framers of our Constitution drew it up and not the way the process works today. George Washington fully understood the ways that political parties corrupt democracy. In his farewell address, he warned:

“They [political parties] serve to organize faction, to give it an artificial and extraordinary force; to put, in the place of the delegated will of the nation, the will of a party, often a small but artful and enterprising minority of the community.”

This leads us to the understanding of why, if democracy is to work for everyone, we must unshackle our loyalties to party and ideology, and instead work to elect those who do what is in the best interest of The People, just as was intended. The question is; do the majority of Americans have the will and the willingness to make such a paradigm shift in political thinking? The answer to this question, perhaps more than any other is likely to shape the next chapter in American history. Will it be more of the same, where those at the top extend their death-grip on wealth and opportunity? Or will a more fair America, a more equal America emerge? It is quite likely that we will not see the rebirth of the American Dream, at least in our lifetimes. However, together, as Americans for Americans, we can do better — and we do better now.

Dan Aronson is a political activist that previously served on the Coffee Party USA Board of Directors. He is also the founder of Party Recon. His most recent endeavor is called Be The Wave; a grass roots organization dedicated to reframing various political conversations in a way that will unite working-class Americans. The organization’s sole goal is to reign in the corrupting influence exerted by corporations and the wealthy on government and restore it to its intended purpose – that of being of, by, and for The People.