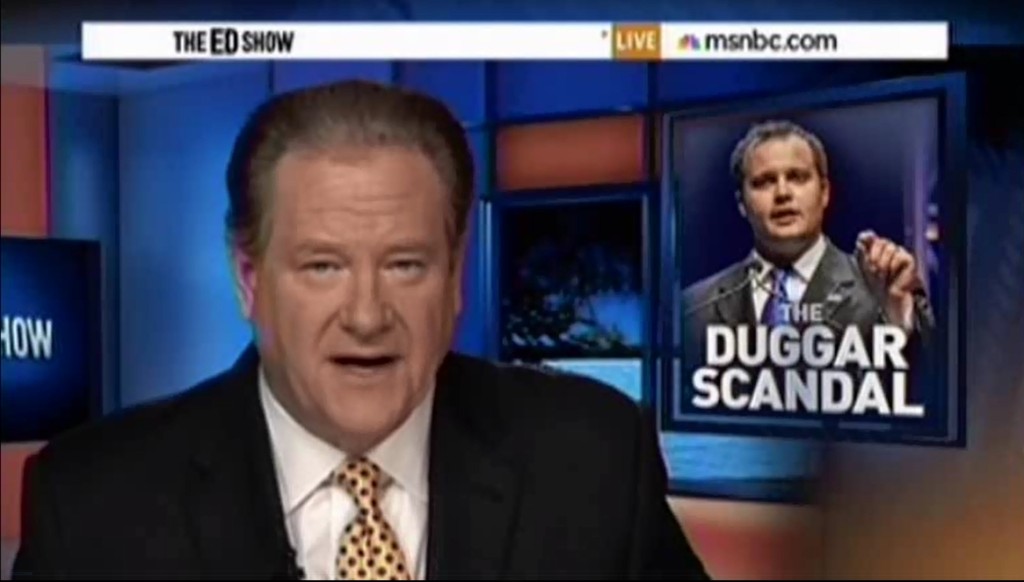 It is poetic justice that Josh Duggar, member of a family with an overbearing aura implicitly forcing their ‘family values’ on others, would be caught up in a child molestation scandal that remained hidden for over a decade. One should always remember that when pointing  at others, there are generally at least 3 fingers pointing back. After all, in justifying codified discrimination against the LGBT community and comparable family structure, they attempt to project their own degenerate behavior onto them.

This story is extremely upsetting not only because of the hypocrisy of the perpetrator and the cover-up by the parents, but because little girls were hurt. Think about what those girls go through as they watch Josh Duggar’s hypocrisy in his many venues.

Many of these faux ‘family values’ characters generally turn out to be the most morally flawed. Who can forget Jim Bakker, Jimmy Swaggart, and Ted Haggard.

What were Josh Duggar’s sexual offenses?

According to In Touch

Jim Bob told police that in July, 2002 Josh admitted to fondling a minor’s breasts while she slept. “James said that they disciplined (redacted, Josh) after this incident.” The family did not alert authorities.

Inasmuch as Josh Duggar admitted to committing several sexual crimes that many others would do time for in juvenile jail, his parents sent him to a faux ‘Christian Program’. The offenses of both Josh Duggar and his family must not be minimized especially with the passage of time. He will never pay for his crime as the statute of limitation has expired. Inasmuch as they have asked people to ‘think of the children‘ it took them over a year to report these heinous incidents. Moreover it remained hidden.

It is important that these people are discredited. Their hypocrisy has polluted the body politic as it pit good people against each other unnecessarily. As they are exposed it purifies the discourse.