The police is but a reflection of America 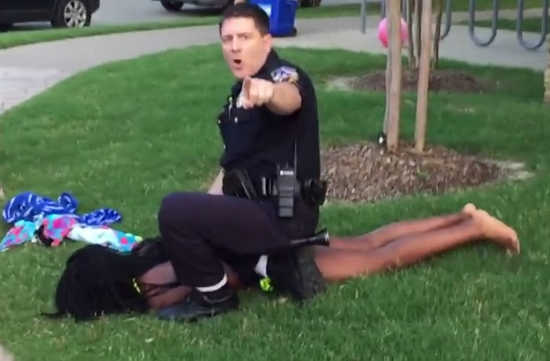 Americans seem to be falling into two camps. There may be gradations of these but they can be delineated rather easily. The first camp rightfully believes that there is a serious problem with policing in America. The second camp believes police basically can do no wrong and that citizens must simply acquiesce to these public servants. Luckily it seems like the vast majority believe the former and not the latter.

For the first time in history the police are under scrutiny. It is no longer a ‘he said, she said’ scenario where the truth is always biased towards the police. There are ample video and audio data for many police encounters. This is a good thing. This is a necessary thing.

It is well documented that society at large is filled with a populace with preconceived misconceptions of other groups, ethnicities, and the socio-economically deprived. Many in society act on those with regards to real friendships, business relationships, assumptions of criminality, blame, and much more. The police reflect these same biases. The police is a reflection of society. The difference is that the cops are enforcers. They are the first entry into deciding criminality. Their actions in the past were never questioned by those that matter.

Yesterday I took my car in for repairs. The young man who took me home is in the police academy. After listening to him it was evident that police culture is a problem. He believed that Eric Casebolt, the police officer that brutalized the 14 year old girl was in his right because she did not comply and give police complete control of the situation without mouthing off. He then prefaced his next statement by saying he is not racist, his uncle is black, but upon patrolling a pretty rough neighborhood in Houston, police need to behave the way they did. What was most concerning is that he thought Casebolt had the right to use his weapon. He said explicitly I would have shot them.

I allowed this young man to speak his mind without too many interruptions because I wanted him to feel a comfort to express his true beliefs. He was completely unaware of the racial bias he exuded based on how he defined those predisposed to commit crimes. This young man wasn’t about integrating himself into a community he was policing but commanding and controlling that community.

I do not believe this young man is necessarily representative of all new cadets or even police officers. But his tone and actions in our rather lengthy conversation made it clear that he was entering into policing biased against minorities. He was entering policing believing his badge made him above those he was policing. Should he not realize that those he is policing are the ones paying him for the privilege of policing them?

After writing several blog posts on the pool party fiasco in McKinney Texas and posting it to Facebook, many of the comments made it quite evident that until society changes police won’t change. A well written article by DailyKOS’ Grizzard is a must read. He explains a certain reconciliation that has yet to occur in America. In his article his attempt is not to blame or condone Eric Casebolt for his irrational fear and brutality, but to explain it.

To police, it may seem like open season on them. To get back at the communities many have stopped proactively policing. It is as if they want a crime wave in order to have society believe the brutality of many of their officers were justified.

The reality is that we need the police. More importantly the police work for us. We pay them to provide us all a security service. We hire police out of society’s pool. As such they reflect society. It is our peers in our society who continuously give bad cops the benefit of the doubt and set them free to continue their bad deeds. The reality is until society changes cops will maintain the status quo.