What Can We Learn From Denmark? 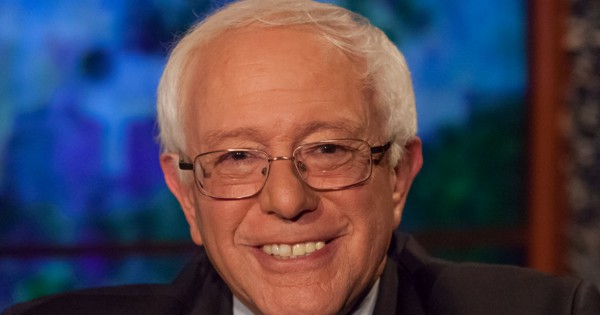 Danish Ambassador Peter Taksoe-Jensen spent a weekend in Vermont this month traveling with me to town meetings in Burlington, Brattleboro and Montpelier. Large crowds came out to learn about a social system very different from our own which provides extraordinary security and opportunity for the people of Denmark.

Today in the United States there is a massive amount of economic anxiety. Unemployment is much too high, wages and income are too low, millions of Americans are struggling to find affordable health care and the gap between the very rich and everyone else is growing wider.

While young working families search desperately for affordable child care, older Americans worry about how they can retire with dignity. Many of our people are physically exhausted as they work the longest hours of any industrialized country and have far less paid vacation time than other major countries

In Denmark, social policy in areas like health care, child care, education and protecting the unemployed are part of a "solidarity system" that makes sure that almost no one falls into economic despair. Danes pay very high taxes, but in return enjoy a quality of life that many Americans would find hard to believe. As the ambassador mentioned, while it is difficult to become very rich in Denmark no one is allowed to be poor. The minimum wage in Denmark is about twice that of the United States and people who are totally out of the labor market or unable to care for themselves have a basic income guarantee of about $100 per day.

Health care in Denmark is universal, free of charge and high quality. Everybody is covered as a right of citizenship. The Danish health care system is popular, with patient satisfaction much higher than in our country. In Denmark, every citizen can choose a doctor in their area. Prescription drugs are inexpensive and free for those under 18 years of age. Interestingly, despite their universal coverage, the Danish health care system is far more cost-effective than ours. They spend about 11 percent of their GDP on health care. We spend almost 18 percent.

When it comes to raising families, Danes understand that the first few years of a person's life are the most important in terms of intellectual and emotional development. In order to give strong support to expecting parents, mothers get four weeks of paid leave before giving birth. They get another 14 weeks afterward. Expecting fathers get two paid weeks off, and both parents have the right to 32 more weeks of leave during the first nine years of a child's life. The state covers three-quarters of the cost of child care, more for lower-income workers.

At a time when college education in the United States is increasingly unaffordable and the average college graduate leaves school more than $25,000 in debt, virtually all higher education in Denmark is free. That includes not just college but graduate schools as well, including medical school.

In a volatile global economy, the Danish government recognizes that it must invest heavily in training programs so workers can learn new skills to meet changing workforce demands. It also understands that when people lose their jobs they must have adequate income while they search for new jobs. If a worker loses his or her job in Denmark, unemployment insurance covers up to 90 percent of earnings for as long as two years. Here benefits can be cut off after as few as 26 weeks.

In Denmark, adequate leisure a==nd family time are considered an important part of having a good life. Every worker in Denmark is entitled to five weeks of paid vacation plus 11 paid holidays. The United States is the only major country that does not guarantee its workers paid vacation time. The result is that fewer than half of lower-paid hourly wage workers in our country receive any paid vacation days.

Recently the Organization for Economic Cooperation and Development (OECD) found that the Danish people rank among the happiest in the world among some 40 countries that were studied. America did not crack the top 10.

As Ambassador Taksoe-Jensen explained, the Danish social model did not develop overnight. It has evolved over many decades and, in general, has the political support of all parties across the political spectrum. One of the reasons for that may be that the Danes are, politically and economically, a very engaged and informed people. In their last election, which lasted all of three weeks and had no TV ads, 89 percent of Danes voted.

In Denmark, more than 75 percent of the people are members of trade unions. In America today, as a result of the political and economic power of corporate America and the billionaire class, we are seeing a sustained and brutal attack against the economic well-being of the American worker. As the middle class disappears, benefits and guarantees that workers have secured over the last century are now on the chopping block. Republicans, and too many Democrats, are supporting cuts in Social Security, Medicare, Medicaid, nutrition, education, and other basic needs -- at the same time as the very rich become much richer. Workers' rights, the ability to organize unions, and the very existence of the National Labor Relations Board (NLRB) are now under massive assault.

In the U.S. Senate today, my right-wing colleagues talk a lot about "freedom" and limiting the size of government. Here's what they really mean.

In Denmark, there is a very different understanding of what "freedom" means. In that country, they have gone a long way to ending the enormous anxieties that comes with economic insecurity. Instead of promoting a system which allows a few to have enormous wealth, they have developed a system which guarantees a strong minimal standard of living to all -- including the children, the elderly and the disabled.

The United States, in size, culture, and the diversity of our population, is a very different country from Denmark. Can we, however, learn some important lessons from them? You bet we can.