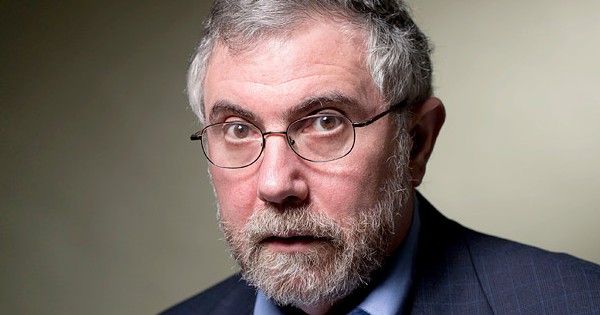 Many in the media have been trying to rehabilitate Jeb Bush's display of ignorance on working Americans. Jeb Bush said the following.

“My aspiration for the country and I believe we can achieve it, is 4 percent growth as far as the eye can see,” Jeb Bush said. “Which means we have to be a lot more productive, workforce participation has to rise from its all-time modern lows. It means that people need to work longer hours and, through their productivity, gain more income for their families. That’s the only way we’re going to get out of this rut that we’re in.”

While supposedly objective journalists like Chuck Todd have been trying to convince Americans that Jeb Bush was taken out of context, others have given detailed explanations why in fact that was not the case.

Paul Krugman has not only joined the fray. He adds the meat in his recent article "The Laziness Dogma" in the New York Times.

Americans work longer hours than their counterparts in just about every other wealthy country; we are known, among those who study such things, as the “no-vacation nation.” According to a 2009 study, full-time U.S. workers put in almost 30 percent more hours over the course of a year than their German counterparts, largely because they had only half as many weeks of paid leave. Not surprisingly, work-life balance is a big problem for many people.

But Jeb Bush — who is still attempting to justify his ludicrous claim that he can double our rate of economic growth — says that Americans “need to work longer hours and through their productivity gain more income for their families.”

...  The real source of his remark was the “nation of takers” dogma that has taken over conservative circles in recent years — the insistence that a large number of Americans, white as well as black, are choosing not to work, because they can live lives of leisure thanks to government programs.

The entire article is worth  a read but the following sentences say it all.

The point is that Mr. Bush’s clumsy call for longer work hours wasn’t a mere verbal stumble. It was, instead, an indication that he stands firmly on the right side of the great divide over what working American families need.

... Republicans, however, believe that American workers just aren’t trying hard enough to improve their situation, and that the way to change that is to strip away the safety net while cutting taxes on wealthy “job creators.”

And while Jeb Bush may sometimes sound like a moderate, he’s very much in line with the party consensus. If he makes it to the White House, the laziness dogma will rule public policy.

Americans will have a more succinct ideological choice in 2016. It is important that we all be our brothers and sisters' keepers and informers to ensure we do not vote against our own interest.