Donald Trump, the canary in the mine 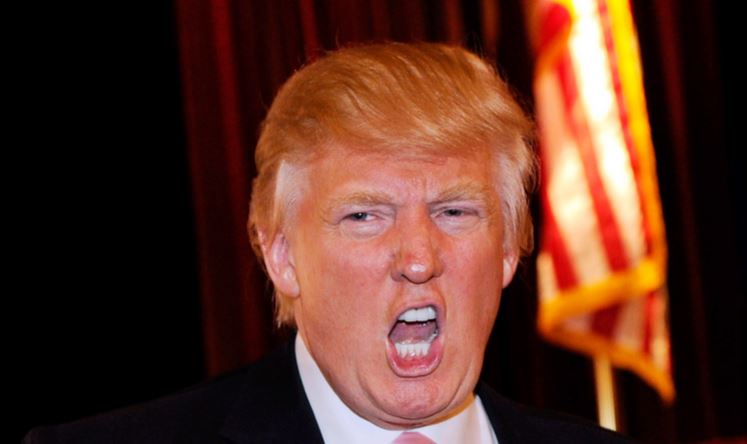 Does the Republican establishment really want Donald Trump to get out of the race? Do they want him to tone it down? Or is there genius in Donald Trump’s method. Is Trump just the canary in the mine?

The punditry speculated for months about Donald Trump’s ultimate political demise. They first said he wouldn’t run because he would refuse to file the necessary financial disclosures. When he said he would file the papers, they said he would take advantage of the filing extension. When he filed the papers, they said it would not be long until he left the race. When he disparaged John McCain, they said that would be the last straw. It wasn’t. When he insulted Latinos they said it would bring his numbers down. It didn’t. When he insulted Fox News’ Megyn Kelly, the anchor all Conservatives love, they said his political demise was near. His poll numbers went up.

I flew to a Coffee Party USA board meeting last week. Seated next to me were two Southern women. One was from Louisiana and the other was from Texas. They both sang praises to their own governors, Bobby Jindal and Rick Perry, respectively (in the case of Perry, former governor). The person they admired the most however was Donald Trump. Think about that.

Two Southern women that seemed as if they could have been members of the group United Daughters of the Confederacy, were smitten by this northeastern plutocrat, the northeastern billionaire. They both liked him because he said what was on his mind. The woman from Louisiana, a state with no borders with Mexico, loved him for his immigration policy. Most importantly, she explained to the Texan that she needed to go learn about Donald Trump’s immigration policy at his website.

Every political operative will tell you that word of mouth is more powerful than any other form of advertising. The love these Southern ladies had for this Liberal pseudo-conservative Northeastern billionaire gave me great pause. While Donald Trump is likely the Republican canary in the mine, these Southern women are Trump’s guinea pigs, the indirect GOP’s guinea pigs. And they are absorbing the experimental treatment that would ultimately continue the decimation of the middle-class.

In 2000 the election was stolen by a rogue Supreme Court. In 2004 ‘fear’ was successful. In 2008 hope had resonance. In 2012 Americans realized that hope needed more time and engagement. Americans seem ready to engage. Hundreds of thousands of Americans are out and engaged 16 months ahead of the election. It is now that the temperature of the electorate is taken.

Bernie Sanders is giving America a populist choice, a revolution. He is encouraging Americans to demand and take what is theirs. Hillary Clinton and the other Democrats to a lesser extent are doing the same.

What are the rank and file Republicans doing? Republicans do not have anything to run on. Repeal and replace Obamacare? Red States residents are benefiting tremendously from Obamacare. The only repeal and replace proposal was provided by Scott Walker a few days ago. It is all but back to the old days of legal insurance fraud against the middle-class.

Republicans like Jeb Bush want to raise the retirement age and reduce Social Security, Medicare, and Medicaid benefits. In other words, they are telling the middle-class and the poor that they will break the national commitment in order to maintain a plutocracy that owns a bigger and bigger piece of the pie every day. They will break the promise that took millions out of poverty.

Republicans are offering no increases in the minimum wage to give that ladder of economic opportunity to hard-working Americans. They continue their war on women with their attacks on Plan Parenthood and women’s control of their own bodies.

In other words, none of their policies will resonate with fifty percent plus one of the electorate. So what is the answer? Fear and hate. Can America fall for fear and/or hate again?

Again, Donald Trump is the canary in the mine. In the Republican Party so far his poll numbers have risen proportionally to his level of hate and fear speech. Empirically I have even heard many Democrats supportive of his attacks on Latinos and undocumented workers.

If anyone doubts that it is possible for this election to turn on immigration, undocumented workers, the fomenting of hate and prejudice, I give you the French election of 2014.