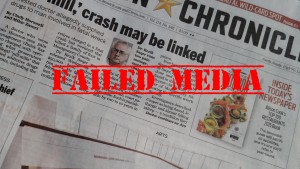 This week a story broke in which the immature thirty two year old Turing Pharmaceuticals CEO Martin Shkreli raised the price of the drug Daraprim from $13.50 to $750.00 per pill overnight. It amounted to a price hike of over 5555%. Under our current system it is completely legal however immoral or evil to do such a deed. It is the definition of unfettered and unregulated capitalism. It is the practice of maximizing profits even if such maximization causes death by neglect or inability to pay. Of course this is not a practice that is good for America.

Big drug manufactures and financial sharks have been buying up the generic drug companies and/or the rights to drugs that are way past their patent life for some time now. This was never done in secret. Secrecy however was implicitly provided by much of the traditional mainstream traditional media. Yes, one could find much of this information inside the bowels of many publications. In fact it may even be touched on here and there on radio or on air. However its gravity and the harm that it causes was never giving the importance necessary.

FierceBiotech explains the reason why the rights to Daraprim was purchased.

Since founding Turing last year, Shkreli has taken a page from what made Retrophin a high-profile–and controversial–player among small biotech companies. Retrophin’s stated goal was ferreting out value in biopharma by acquiring assets with potential in rare and neglected diseases, a process that can mean acquiring an underused drug and jacking up its cost to take advantage of rare disease pricing.

When one reads the above in the context of the effect it has on us all, it is evident that this drug story is a real huge story. Yet, it is made a two day hyperbolic story that concentrated more on a snotty precocious 32 year old kid trying to make a sleazy buck than the major problem that it is.

When one watches any of the major networks, one sees a seemingly continuous parade of drugs being marketed like candy. Many of the drugs have no business being advertised on TV as the average citizen without a medical degree cannot discern whether said drugs should even be considered.

There is a duality of purpose for drug ads however. First they create a false market as patients request drugs instead of doctors deciding if said drug is best. Second, it serves as crack to the corporate media. Traditional mainstream corporate media gets addicted to the high profits from drug advertising. Does anyone believe the traditional mainstream media will run any stories or investigative report on an industry it is prostituting itself to? That is very unlikely.

This week the alternative media exposed the immoral behavior occurring in one company that comprises Big Pharma. These shenanigans can be found in industry after industry. The behavior has  a material economic effect on every American. Most of the times it is hidden. The angst felt by Americans is real. The angst will only be relieved when corporations and government are meant to come clean. The traditional mainstream media won't do that. The alternate media is our only salvation lest we continue our slide to serfdom.