MSNBC is reporting that the same Sheriff that gave the press conference expressing deep sadness about the shooting massacre at Umpqua community college was defiant about gun control. In the press conference he said that these types of tragedies are not supposed to happen in his county, Douglas, County.

It is ironic that Sheriff John Hanlin sent Vice President Biden a defiant letter after President Obama proposed gun regulations in light of the Sandy Hook massacre. That letter follows. 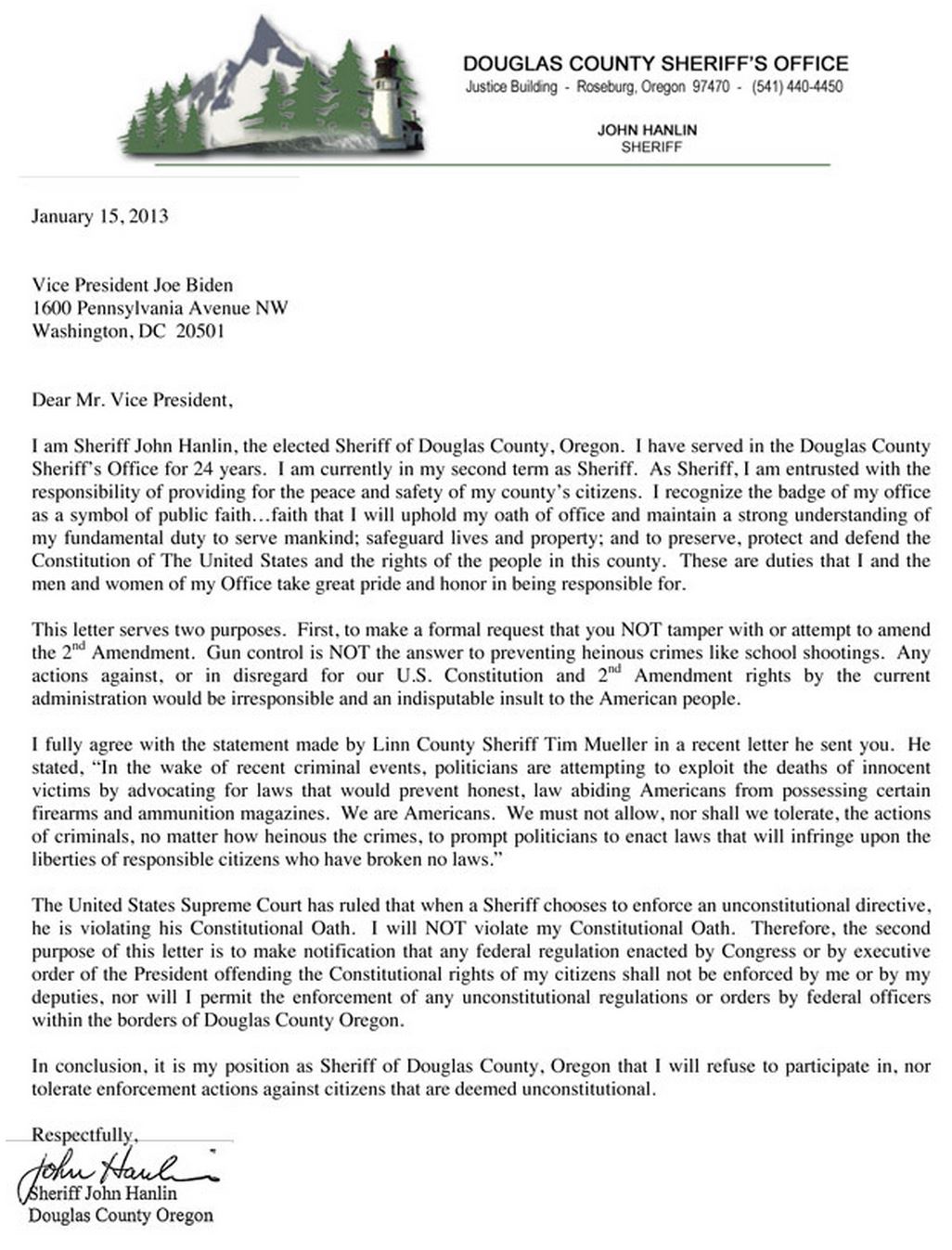 Once again President Obama admonished the country about the failure to move forward on gun control.  He told them in effect to elect politicians who will get the job done.

Law enforcement officers like Sheriff John Hanlin are the problem. They continue to be tools of obstruction for progress in passing policies to save lives. While no one can link any massacre specifically to this sheriff or anyother, there is blood on all of their hands in the aggregate. They have been tools that stop even the discussion of policies that could potentially save lives.