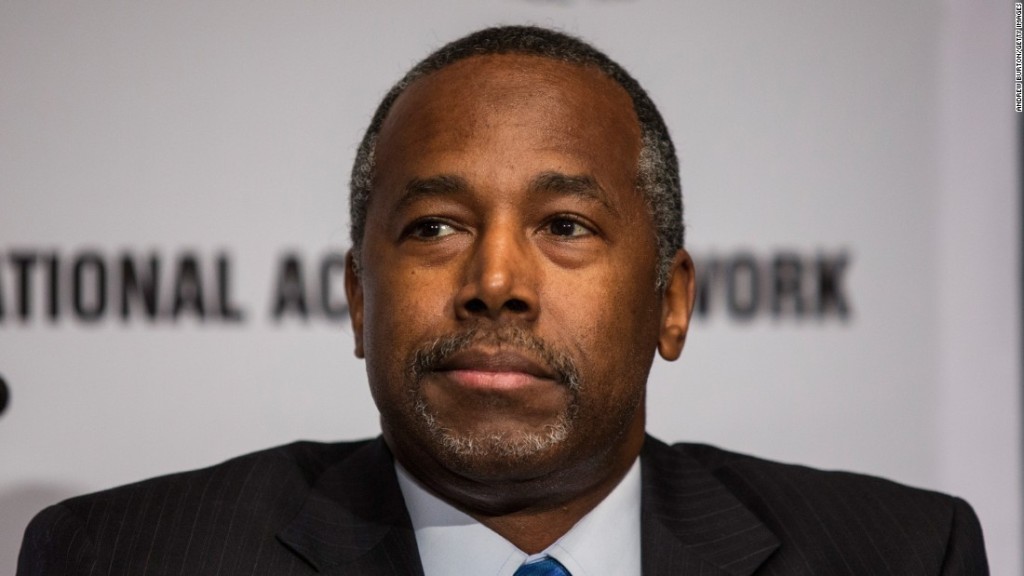 A friend of mine just sent me a fundraising email she received from Ben Carson. The funny thing is that she is a Democrat. One wonders if he expects some sort of sympathy from those he has maligned throughout his campaign. My Republican friend does not recall his email containing that particular race-baiting reference.

Ben Carson would do well to recall that Colin Powell, Condoleezza Rice, Roy Innis, and Niger Innis have all been very well respected. Black Republicans that raise the ire of many are those that allow themselves to be used as pawns to justify the maligning of the black community in the aggregate.

Only one business in America is protected by the Constitution -- the press. This is because the press was supposed to be an ally of the people, informing them in a nonpartisan way.

Sadly the press has been recklessly abusing this privilege.

Over the past weeks I've come under relentless attack. Nearly every word I've said has been twisted and spun. In some cases, blatant lies have been told about what I believe.

As a black Republican, I know I don't fit the traditional mold, and I'm a threat to the liberal order. Because of the color of my skin, I'm supposed to think a certain way. Sorry, but that's racism.

If we stop allowing politicians to divide us, stop giving away our values in the name of political correctness, and just apply some common sense, I know we can save this nation for our children and our grandchildren. I'm running for President to lead that movement.

I refuse to act like a politician and say whatever I need to say to get elected. I will speak the truth regardless of what the media and the PC police say is "controversial." It's time for honesty.

I'm fighting for America and the American people, and I will not be silenced. Please stand with me right now by making a secure online donation, even if it's just a few dollars.
Wife & Husband, here's the truth -- the 2nd Amendment isn't about hunting. It's about protecting ourselves, our family, and liberty.

Marriage is between one man and one woman. No one has the right to change that.

Every life is precious and worth protecting. This doesn't mean you're waging a war on women.

As a compassionate society we have a responsibility to take care of the less fortunate. The government's job is to break down any barriers to opportunity and individual empowerment, not to promise "free" this or "free" that, and lock people in a state of dependency. If we continue on our current path, we will rob a whole generation of their God-given right to pursue happiness, and run out of money in the process.
These are the things I believe. I will keep saying them, unapologetically, over and over again.

The press is attacking me because they see my momentum. I can win the Republican nomination, and I can defeat whoever the Democrats nominate in a general election.

I ask you to join me right now by making a secure online donation to my campaign.

I believe we have a country to save. We don't have time to be bullied by the purveyors of division, the PC police, or a dishonest press. Will you join me?

Thank you for your time, and God Bless America.

I was amazed and amused. This man whose god given intellect was allowed to blossom because of a society that rightfully embraced supporting humanity would deny that going forward. The following meme is definitely on point. 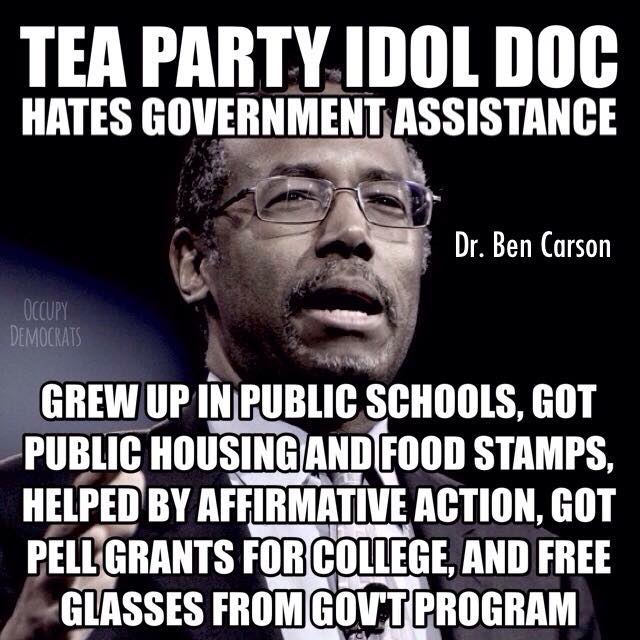 One wonders where is the shame? Where is the humanity? Where is the empathy for one's fellow man. All we can do is expose the shenanigans to ensure Americans are not scammed. Ben Carson raised more money than any Republican last cycle. Hardworking Americans, Democrats, Republicans, and otherwise suffer as he spends their money on expensive steaks in the NBC building (reported by MSNBC this morning). One must not be fooled by a calm demeanor that can me mistaken for benevolence.