News and Announcements from the Move to Amend Coalition

New Co-Sponsors for We The People Amendment!

Move to Amend is pleased to announce six new co-sponsors for our We The People Amendment — introduced in the US House of Representatives by Rick Nolan (MN) in April 2015!

Their support for the movement to amend in Congress comes in no small part to the great work of Move to Amend supporters in California, Minnesota, Illinois, Massachusetts, and North Carolina who leaned on their Representatives to urge them to get on board.

➤➤ Click here to tell your representative to co-sponsor HJR-48: the We The People Amendment!

Don’t forget to tell your senator to introduce the We The People Amendment in the Senate! Click here to send a message! 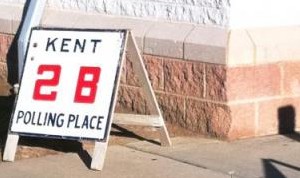 In Ohio, residents in Kent achieved a victory for democracy on Election Day! Over 64% of Kent voters approved Issue 43, a proposed charter amendment calling for a constitutional amendment to end corporate personhood and money being equal to free speech.

The charter amendment will require the City of Kent to hold an annual “Democracy Day” public hearing for residents to testify on the impact of big money from the wealthy and corporate entities to influence elections. The victory for Kent residents arrives shortly after the Ohio Supreme Court ruled unanimously to reinstate their ballot initiative after city officials tried to block the initiative using “home-rule” authority to conflict with the state constitution.

“The idea is that if enough cities do this, we will reach a tipping point and get a constitutional amendment that says that corporations are not people, and that money is not speech,” said Kent Citizens for Democracy spokesperson Lee Brooker. “Until that happens, the voters of Kent will have gone on record as rejecting the unacceptable, corrupting notions of corporate personhood and money as speech.”

➤➤ Congratulations to the folks in Kent and our volunteers in Ohio for all their great work! 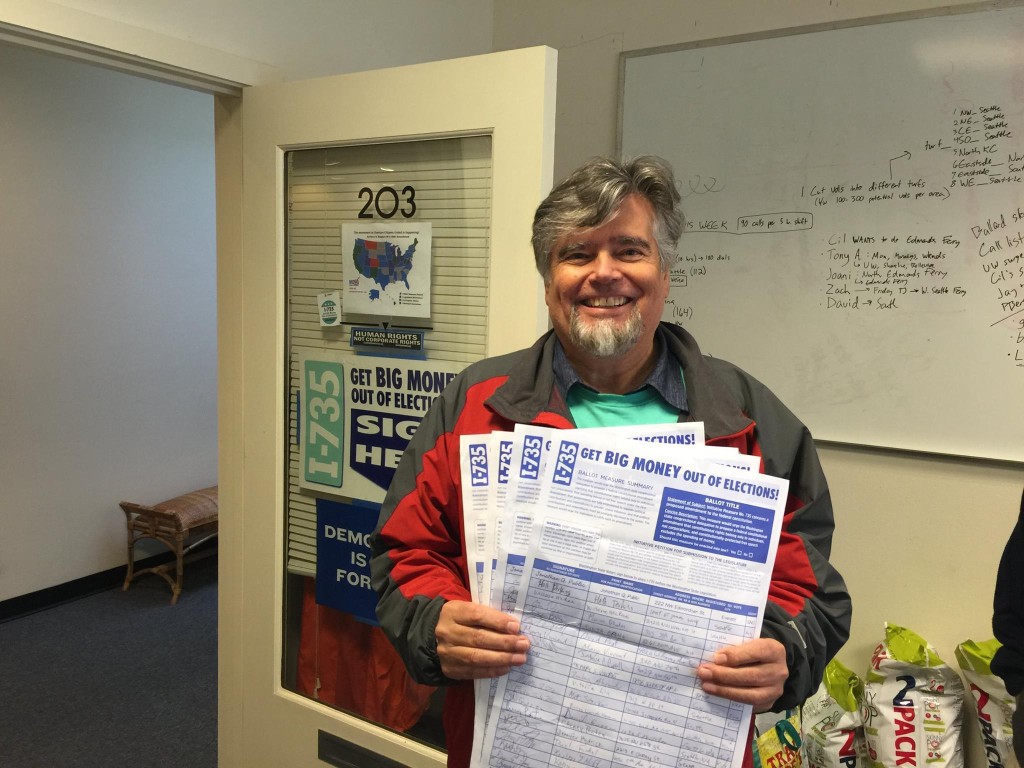 In Washington, volunteers for the WAmend Coalition have gathered more than 200,000 signatures for I-735, more than 4/5 of the way to the minimum requirement! We need to get another 120,000 signatures by the end of the year to be sure we can cover a 20% invalid rate as recommended by the WA Secretary of State.

Move to Amend has partnered with WAmend to put Initiative-735 on the ballot in 2016. WAmend’s goal is to collect a minimum of 320,000 signatures by this November. We need all hands on deck in Washington and neighboring states to get this resolution on the ballot before the submission deadline on December 31st.

Move to Amend Reports, our weekly online podcast, is back with a revised format and new airtime, every Thursday mornings at 7am PST / 10:00am EST!

Move to Amend connects you with the activists and organizers working on the frontlines of the democracy movement, to bring you the lowdown on corporate rule, corporate personhood, and money as speech. Tune in any time of day — from your morning commute to your evening downtime — or download us from iTunes!

Get reminders about our podcast so you never forget to tune in – sign up here for a weekly reminder!

➤➤ Check out our podcast archives at BlogTalkRadio.com or tune in at iTunes! 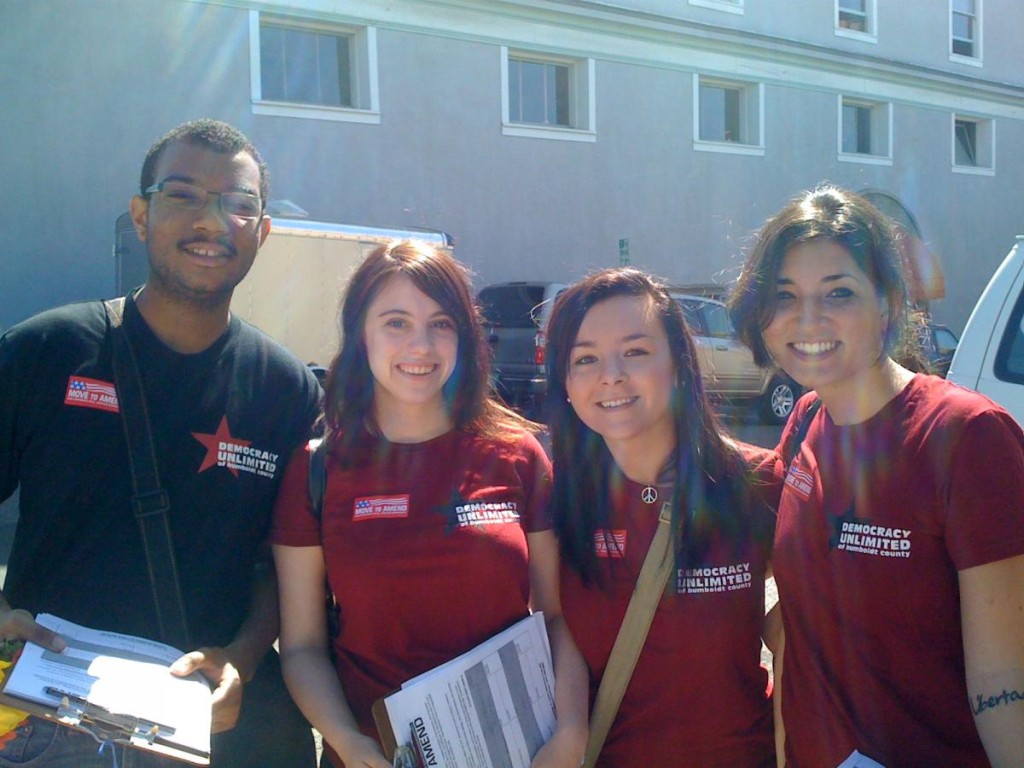 We are seeking bright, energetic folks to join our team as interns in 2016. Interns can either work out of our headquarters in California, or telecommute from anywhere in the United States.

We have positions open in the following areas:

➤➤ Find out more about our internship program here.

Bring Move to Amend’s Mini-Documentary to Your Next Holiday Gathering! 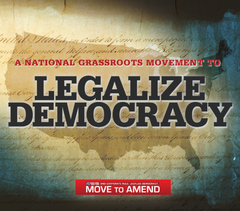 Looking to get involved in Move to Amend or help spread the word this Harvest Holiday? Share our mini-documentary, Legalize Democracy, over a delicious holiday meal!
This film is a 30-minute explanation of why we need an amendment to the Constitution to make clear that corporations are not people and money is not speech, featuring members of the National Leadership Team and a historical breakdown of the story of the Supreme Court cases that shaped the doctrine of “corporate personhood”, the rights guaranteed by amendments fought for by people’s movements, and the intersection of law and culture that codified and created discrimination based on race.

This is fast-paced, educational, and inspirational “entertainment” for your Harvest Holiday, and will give your families & friends a great introduction for why they should support Move to Amend!

➤➤ Click here to get a copy of Legalize Democracy today!