It is very important that one points out the skewed reporting that is a constant in America. Many wonder why many Muslims feel marginalized. The reason is simple. They are marginalized. It is assumed that their lives have less value than the average white westerner.

As noted in the piece below, more Americans died in Beirut the day before another terrorist attack. An entire American family that included a toddler. Their faces were not plastered on TV in the same manner as is when other ‘more appropriate’ Americans or westerners are murdered by terrorists.

But Muslims need not feel alone. Other others are treated in an equivalent manner. The one American, a Latina, that died in Paris faded from the coverage rather quickly. No series of human stories of this woman even as the coverage continues 24/7 are visible.

The debates continue over whether last week’s ISIS terror bombing in Beirut was undercovered by the media or just unappreciated by an uninterested public — even though, as Jim Naureckas pointed out on Tuesday, US news outlets overwhelmingly skewed their coverage toward the next day’s mass killings in Paris, in quantity, placement and level of sympathy for the victims, not just in number ofFacebook shares. (As of this morning, the New York Times had run 130 stories mentioning Paris and terror attacks since November 13, versus 20 mentioning Beirut — with much of the Paris coverage being front-page news, while Beirut was mostly relegated to brief mentions deep within the paper—often in articles that were primarily about the Paris violence.)

It’s tempting to argue that it’s natural for the US news media to have more concern for Paris because those attacks hit closer to home; as McLurg’s Law has it, people care more about tragic deaths when their neighbors are the victims. Except for one thing: More Americans were killed in last week’s Beirut bombings than in Paris — yet only a handful of US papers even bothered to mention them. 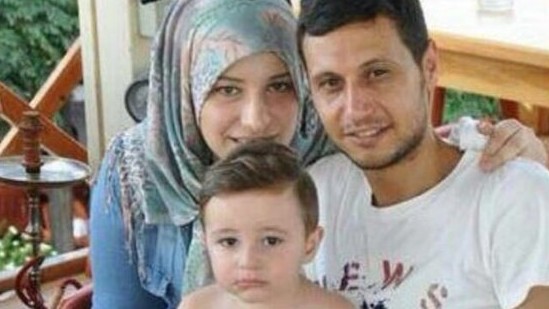 Leila Taleb and Hussein Mostapha, of Dearborn, Michigan, were visiting the shopping district of Beirut’s Bourj el-Barajneh suburb when a pair of suicide bombers set off explosive belts; the husband and wife were killed instantly, and their three-year-old son was badly injured. Leila Mazloum, another Dearborn resident who had recently received her US green card, was on a visit to help her family members emigrate when she was also killed in the blasts.

None of this, it should go without saying, takes away from the horror of the loss of Gonzalez, or for that matter of the 128 Paris dead who weren’t American. But it’s hard to truly mourn a stranger unless you can hear their story, and put yourself in their shoes — as David A. Graham put it in The Atlantic (11/16/15), “People tend to perk up when they see themselves in the victims.” When the media pick and choose who is considered “ourselves,” little wonder that readers end up caring more about some victims than others.