One of the reasons Americans have a distorted view of the severity and gruesomeness of the ills done by other nations relative ours because of our severely biased reporting. The Pentagon and the military industrial complex are beneficiaries of a complicit traditional mainstream media whose reporting distorts the truth.

It is amazing how similar our news is to Russian news. They both relish in misinforming their respective populations, internal and external. 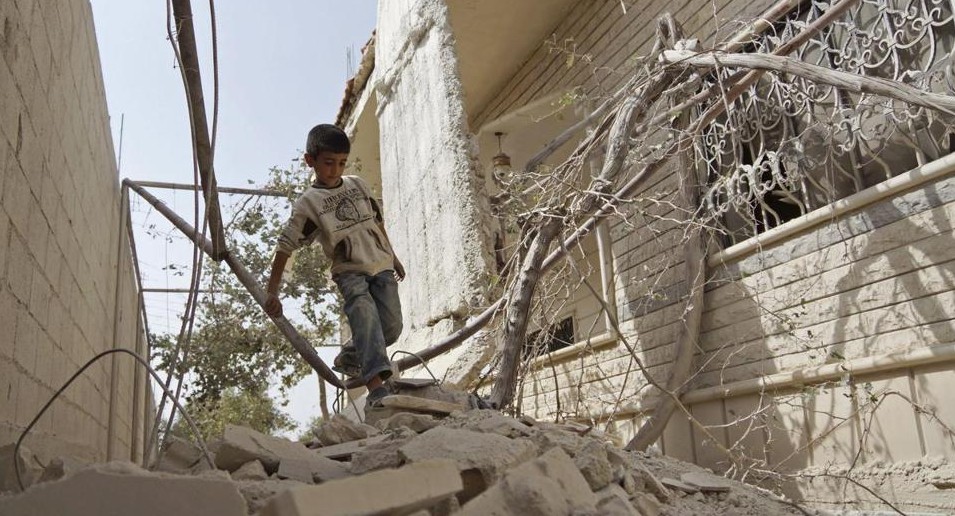 Here’s something for the US government to be thankful for this Thanksgiving: propagandistic war coverage from the Washington Post.

The Post‘s Karen DeYoung offered the Pentagon this Thanksgiving turkey:

The United States has also claimed that Russia has caused numerous civilian casualties with unguided munitions: gravity bombs dropped from the sky. Warren said that tallies by unnamed human rights groups of “upwards of 1,000 civilian casualties . . . including over 100 kids” are “probably fairly accurate.”

“This is sloppy military work,” Warren said. “This is the reckless and irresponsible, imprecise and frankly uncaring approach to operations in Syria that the Russians have taken on.”

In a report issued late last week, the London-based Syrian Observatory for Human Rights said it had documented 403 civilians, including 166 women and children, killed in Russian airstrikes, more than the 381 fighters from both rebel and terrorist forces it said had been killed.

The US military has acknowledged two instances where airstrikes against the Islamic State resulted in civilian deaths.

So here we have US claims that Russian airstrikes are killing civilians backed up by statistics from a presumably independent human rights group. Meanwhile, when the US government claims to killed almost no civilians in its air attacks, the Post just takes the Pentagon’s word for it.

It would not have been at all difficult for the Post to find independent tallies on how many civilians have been killed by bombs dropped by the US and its allies. For example, the British Guardian (8/3/15) was able to do it:

Airwars, a project by a team of independent journalists, is publishing details of 52 strikes with what it believes are credible reports of at least 459 non-combatant deaths, including those of more than 100 children.

That was in August; more recent tallies by Airwars have the US-led coalition killing at least 680 civilians, and possibly as many as 975.

People who subscribe to the Post are indirectly paying DeYoung to inform them about the world. By reporting the civilians killed by the official enemy while concealing those killed by US airstrikes, she’s instead doing unpaid volunteer work as a Pentagon PR agent. I hope they save her an extra slice of pumpkin pie.

Jim Naureckas is the editor of FAIR.org. Follow him on Twitter: @JNaureckas.
Messages can be sent to the Washington Post at letters@washpost.com, or via Twitter@washingtonpost. Please remember that respectful communication is the most effective.
Read the original post here.